Readership for mainstream newspapers is falling while online is growing as media consumption trends change with technology. Photo / Business Today.

The next time you pick up a newspaper to read, just know you are part of a shrinking tribe of people consuming newsprint in a trend that pushing down newspaper readership in Kenya. Yes, the newspaper may make you appear sophisticated and betray your ability to read and understand English or Kiswahili, but it remains one the least preferred among conventional media in Kenya.

The latest report on media consumption for February and March 2019 by Kenya Audience Research Foundation (KARF) puts the newspaper readership in Kenya and reach at an average of just 9.5% of the population, having grown marginally from 9% in February to 10% in March. It’s even worse for magazines, which only attracted 0.2% and 0.1% of the media consumers sampled.

As print dwindles, online media appears to be growing, edging out magazines and newspapers and eating more into their audience. Online media content was accessed by 27% and 30% of the audience, during the review period, representing the biggest month-on-month growth in the survey.

While newspapers are still cheaper at just Ksh60, compared to higher data charges that can devour even Ksh200 per day, the tipping point for online could be the convenience of access through smartphones and workplace platforms.

The Daily Nation remains the market leader with an average daily reach of 48.3% and 48.5% in February and March, respectively, followed by the Standard daily edition at 25.3% and 26.9%. That increase for Standard could present a glimmer of hope for growth in the newspaper industry but that would depend on a number of factors, key among them content and access.

The third popular newspaper is, surprisingly, Taifa Leo with a daily reach of 6% followed by Sunday Nation, and Saturday Nation, and then Mwanaspoti and The Star. Despite being free, People Daily is beaten by The Star in the ranking. Conspicuously missing from the top 13 newspapers in Kenya is the Business Daily, the first and only Kenyan business newspaper.

Most people reading newspapers read more local news at 75%, followed by sports (58%) and business news at 31%. As at the time, there were 44 newspapers in Kenya 62 magazines.

For newspaper company managers their work is clearly cut out. Little wonder there has been lots of poaching of talent across the main newspapers in an effort to improve the content and, hopefully, attract more readers. Newspapers have also introduced newer sections to attract specific segments of the population like youth and women.

Meanwhile, the Survey notes that there was a significant growth of community radio stations which has increased the geographical footprint compared to other media platforms. The Kenyan market currently has 356 radio stations and growing.

The survey shows that there are 467 TV Stations in the Kenyan market, with 66 of them being local. Other TV stations are emerging on the digital platform. In terms of overall popularity in the broadcast sector, radio continues to be king as it has high penetration or levels of access. 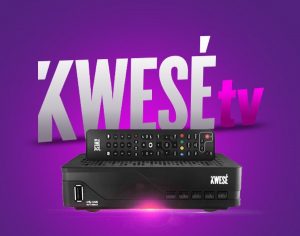