The battle for viewership in the television market remains tight between established brands and emerging players. Audience statistics released by Kenya Audience Research Foundation (KARF)  for the first quarter of 2019 ending March shows that newer entrants in the market are gnawing at market share from the big boys, as TV watching trends lean towards niche programming.

The survey done for Unilever Kenya, and seen by BusinessToday, places Citizen TV as the most popular television channel in the country.

During the period Citizen TV, owned by Royal Media Services, had a commanding lead in both national and regional viewership except in Central where at 17% it is facing stiff competition from Inooro TV, its sister vernacular station which had 16% of the audience.

The most interesting trend is on market share where, as expected Citizen leads with 34.4% of the TV market nationally, followed by Inooro TV at 9.3%. This gives Royal Media Services a combined market share of 43.7%.

This statistic has been a sticky issue in media circles – some wondering how a regional vernacular station could beat national TVs in audience – with other media houses crying foul. They claim either KARF uses non-representative sampling or it’s influenced to tilt the results in favour of RMS, so it can get more advertising spend.

NTV, owned by Nation Media Group, comes third with 8.9%, while Standard Group’s KTN News and KTN rank at 8.7% and 8.6% respectively as Ebru TV comes fifth with 4.9%. KTN is certainly suffering from cannibalism from its sister 24-hour news station, KTN News, as Ebru scraps up the pecking order.

The survey also shows that there are 467 TV Stations in the Kenyan market, with 66 of them being local. Other TV stations are emerging on the digital platform. In terms of overall popularity in the broadcast sector, radio continues to be king as it has high penetration or levels of access.

The survey notes that there has a significant growth of community radio stations which has increased the geographical footprint compared to other media platforms. The Kenyan market currently has 356 radio stations and growing.

Access to newspapers remain low, with an average 9.5% of those interviewed reading a newspaper. As at the time, there were 44 newspapers in Kenya 62 magazines. 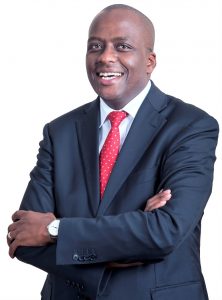