When Presidents Uhuru Kenyatta and Yoweri Museveni met for the commissioning of the Busia One-Stop Border Post (OSBP) in February 2018, no one expected to hear about Migingo Island.

In a surprise revelation, Museveni said that the value for his people’s source of livelihood was the reason he applied guerrilla tactics to control the small rock island in Lake Victoria.

For one, Museveni’s tactics involved sending soldiers to the disputed Migingo Island, a move blamed for the continuous harassment of Kenyan fishermen.

The Ugandan president spoke after a long-standing row between Kenya and Uganda over the ownership of the 0.49-acre rock island. To date, the issue remains unresolved with only cosmetic approaches which show cordiality between the two countries but underneath tensions simmer.

Ownership of the island and the surrounding waters remains a mystery despite several interventions by leaders mainly from Kenya.

It is a 0.49-acre of rock and can best be described as a rough outcrop in Lake Victoria which is shared by three East African countries of Kenya, Uganda and Tanzania.

Despite the claims of teeming with fish in the shrinking lake, Migingo Island remains a noteworthy geographical feature whose importance cannot be underestimated.

The Island is a fishing hub where the surrounding waters is rich of Nile perch, a profitable fish export.

In 2008, Kenyan fishermen were barred from fishing in the waters around the Island sparking a row between the two countries which threatened diplomatic relations.

President Museveni then claimed that the water bordering the island is in Uganda while the land is in Kenya.

He later withdrew the statement after political pressure while the then Kenyan President, Mwai Kibaki downplayed the stand-off. Kibaki assured Kenyans that Migingo is in Kenya, despite the fact that at the time, Ugandan security officers had set camp in the island.

A joint border survey committee was later formed to review the process and end the stalemate, though this did little to resolve the issue.

Museveni said he was forced to apply “bush tactics” after the fisheries department failed to salvage diminishing fish-stocks in the Lake. He likened the tactics to those used to ouster Idi Amin.

“In the past I used to think fish is snake. Those shepherds there don’t eat fish. However, since old times, I used to see our people who lived there fishing. The Rakai, Wakochi, Baganda, they used to fish. Then I realized fish is important to some of our people,” Museveni narrated as quoted by The Exchange Africa.

He said his decision to use armed personnel was simply to safeguard the fish stocks from being depleted as a result of illegal fishing activities, and ensuring the Lake does not end with dead zones.

“I left it to the fisheries department because they are experts. I thought they will save the lake, but where? Fish continued to diminish. So I decided let me use my old tactics, bush tactics, the way we faced out with Idi Amin to deal  with the law breakers,” Museveni said.

When Museveni visited Kenya in April last year, Migingo Island was part of the agenda to be discussed between him and his Kenyan host, Uhuru Kenyatta.

During this meeting, Kenya’s Foreign Affairs Cabinet Secretary Monicah Juma assured that an amicable solution had been reached. The solution was that fishermen from both countries would share the island and continue with their trade.

Interestingly, the CS stressed the island belongs to Kenya adding that Ugandan policemen would be withdrawn from the island and the waters around it to reassure the fishermen. 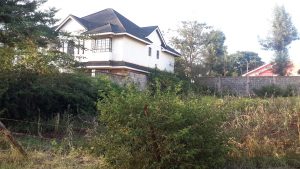 Why it’s Expensive Living in Nairobi, Making Ends Meet
Major towns in the outskirts of Nairobi City were continually…