It is a 0.49-acre of rock and can best be described as a rough outcrop in Lake Victoria which is shared by three East African countries of Kenya, Uganda and Tanzania.

It is no secret that the Migingo Island’s ownership is in dispute between the Kenyan and Ugandan governments but the mystery behind its being attractive to these governments remains.

Despite the claims of teeming with fish in the shrinking lake, Migingo Island remains a noteworthy geographical feature whose importance cannot be underestimated.

The rock is a beehive of activity where fishermen and other business people mint millions through diverse trades carried out between the parties.

But what is it about the island that keeps the small community so engrossed that the limited space is not a hindrance to their doing of business?

As of the 2009 census, the population of the island was 131 but this number could have gone up several-fold.

When Uganda’s President Yoweri Museveni visited Kenya in April this year, Migingo Island was part of the agenda to be discussed between him and his Kenyan host, Uhuru Kenyatta.

During this meeting, Kenya’s Foreign Affairs Cabinet Secretary Monicah Juma assured that an amicable solution had been reached. The solution was that fishermen from both countries would share the island and continue with their trade.

Interestingly, the CS stressed the island belongs to Kenya adding that Ugandan policemen would be withdrawn from the island and the waters around it to reassure the fishermen.

It all started in October 2008 when 15 Kenyan fishermen were arrested by Ugandan police and taken to the Bugiri District of Uganda. The arrests came even as the Kenyan government formed an inter-ministerial team to address the ownership conflict.

At the time, the Ugandans took away five engine boats.

Then in April 2012, Nine Kenyan fishermen were arrested and their three boats and fishing gear confiscated by Ugandan police on Migingo Island. Uganda called for the removal of a Kenyan assistant chief posted to the Island a month earlier.

The dispute escalated in July 2013 when a fight broke out between the Kenya and Uganda security forces.

Reports indicated that the fight erupted after the Ugandan officers were blocked from repairing their boat at the nearby Nyandiwa mainland beach on the Kenyan side. They went back to Migingo and declared Kenyan security personnel persona non grata prompting the fight.

In March 2016, Kenyan assistant chief and Administration Police officers at the Island were roughed up with the administrator being detained by the Uganda Police.

Two Independent Electoral and Boundary Commission (IEBC) clerks who were registering voters at the island were roughed up in the same month forcing the IEBC to temporarily halt the exercise.

And then in November 2017, 17 Kenyan fishermen in six boats were arrested by Ugandan authorities near the Migingo Island over unclear reasons.

The Ugandan security forces have been accused of severally mistreating Kenyan fishermen with Busia Governor Sospeter Ojaamong and his Migori counterpart Okoth Obado complaining against this.

While the government seems to have resigned to fate, the question that lingers is if Migingo belongs to Kenya, why then should it be administered by Kenya and Uganda?

Despite covering less than half a football pitch, Migingo Island is a whole economy of and by itself hosting several tiny tin structures which act as a brothel, lodges, bars, an open-air casino and a tiny docking port.

The reason it is attractive to so many people seeking a livelihood from the fishing is that fish catches have hugely declined over the years due to the water hyacinth menace and overfishing.

Nile perch is still plentiful in the deep waters around Migingo making the rock island an invaluable fishing hub.

Due to growing demand, Nile perch prices having risen by more than 50% in the last five years making it an even more lucrative business for those who can withstand the pressures of life on the island.

The drama characterising the dispute is not over yet with at least 30 Kenyan fishermen detained in Uganda in July this year on claims that they were arrested fishing in Lake Victoria.

Arrested by the Ugandan Revenue Authority (URA), the fishermen were detained at Hama Island despite there being no clarity over their being taken to the island.

The Beach Management Unit (BMU) officials in Homa Bay County said the fishermen could have illegally crossed the boundary between Kenya and Uganda.

Those arrested had their nets and 10 fishing boats confiscated by URA officials.

Suba North MP Millie Odhiambo and her Suba South counterpart John Mbadi assured the fishermen that their problems would be solved once the government purchased a patrol boat for use by Kenyan police to protect fishermen from harassment by the Ugandans.

According to Mbadi, parliament has approved the purchase of the boat which Odhiambo added would be operational once launched by Interior Cabinet Secretary Fred Matiang’i.

What remains though, is the mystery of why the island’s ownership is such a contentious issue and what wealth it holds. If Kenya can agree to have Ugandans in it, isn’t the sovereignty of Kenya imperilled by such decisions?

Read >> Why Most Kenyan CEOs Should Be Fired – CBK Governor 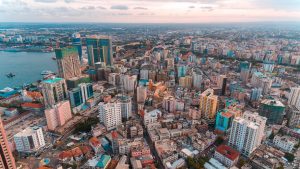