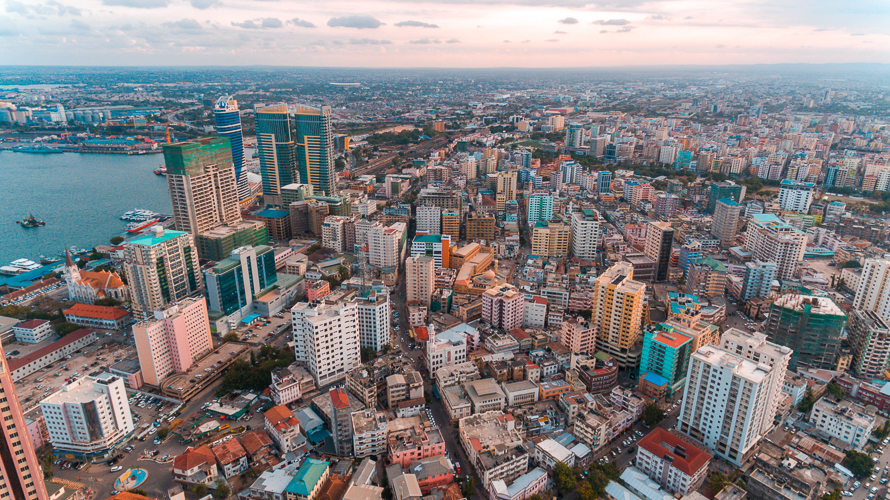 An overhead view of Dar es Salaam. A new report finds that more opportunities exsist there than in Nairobi.

You are more likely to land business opportunities in Tanzania’s capital, Dar es Salaam than you would in Nairobi, a report has revealed.

Audit and financial services firm PricewaterhouseCoopers (PwC) in The Africa Business Agenda 2019, a barometer of business climate in the continent projects that despite Kenya moving five places up in The World Bank Ease of Doing Business 2020 to position 56, investors will be in the next five years inclined to bet their money in Tanzania’s nerve centre at the expense of the traditionally preferred Nairobi.

The African Business Agenda firms up the inferences of Cities of Opportunity, another survey carried out by the firm also shows that Dar es Salaam is the African city most ripe for investment and job creation followed by Lusaka (Zambia) which features at the second position.

The report bases its assertions on Gross Domestic Product (GDP growth), attractiveness to foreign investors, population growth and the growth of the middle class.

PwC’s report also projects that there will be 12 Megacities in Africa by 2025. It also forecasts that Africa will represent 50% of the world’s population growth from now until 2050.

“Africa is experiencing rapid demographic growth and has the potential to become the leading worldwide labour provider and consumption market,” reads the report.

“The young working population will attract a large number of manufacturers and service providers as Asia, Europe and North America contend with ageing populations,” further reads the report.

In its general ranking, PwC ranks Nairobi as the seventh most urbanized city in the continent with infrastructure, human capital, economics and demographics serving as the indicators.

The taxpayer, Muhugu Limited, made the application on January 16, 2020, seeking to reinstate an appeal that it had earlier withdrawn from the Tribunal

The earbuds being sold under the brand name Chico were seized in Naivasha and Nyahururu for not meeting KEBS specifications.