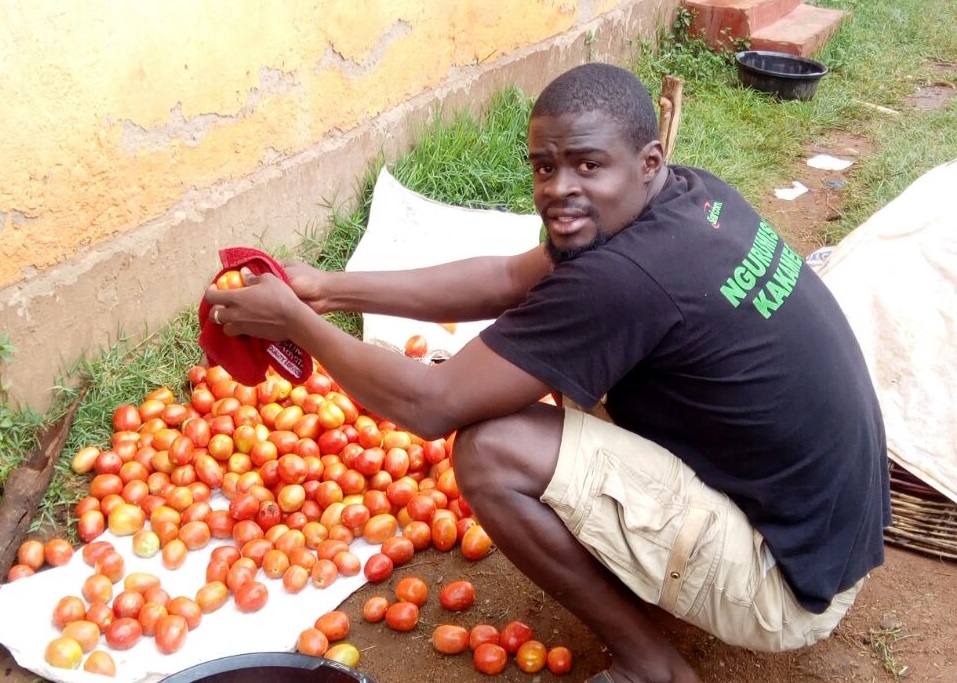 [dropcap]B[/dropcap]rought up by a single parent, Edward Oganda knew all would be well with his family under his hardworking father, who supported him through to graduation as an English literature teacher. Oganda, now 27 and known by peers as MC Jamtaa, has been working as a BOM (school board of management) contracted teacher at Chulaimbo High School in Kisumu since 2014 when he graduated from Maseno University.

Even as he keeps his hopes alive to be plugged into the Teachers Service Commission (TSC) payroll, MC Jamtaa is turning out as a better employer after venturing into selling fish and tomatoes.

He trades in fresh fish from Lake Victoria and tomatoes that he acquires from Busia. He bought one crate of tomatoes at Ksh1,000 and five fish from a cage farmer in Misori, Bondo sometimes back last year. He then showed the fish to his colleague at work with no business in mind, but his colleague at school liked the fried fish and offered to buy all of them.

This ignited his entrepreneurial spark, which he traces back to his deceased mother. The tomatoes would go for double the price at the shopping centre across the road from his school. “I started setting my eyes properly on this business this year. Initially, it was more of a challenge to get out of the comfort zone. I always wanted to have something of my own effort. Growing up, my dad always told me my mother was such a good entrepreneur,” says MC Jamtaa.

He markets the fish and tomatoes on social media and his aunt, who he only identifies as NyakaJulu, helps in completing the sales and packaging. NyakaJulu works on the fresh fish, fries them and assists two other youthful women in deliveries.

“After the teacher bought the first lot, I ordered 40 more fish. I sold a few and thought my social media following would be a better market place,” he says, scrolling his recent posts on Facebook. 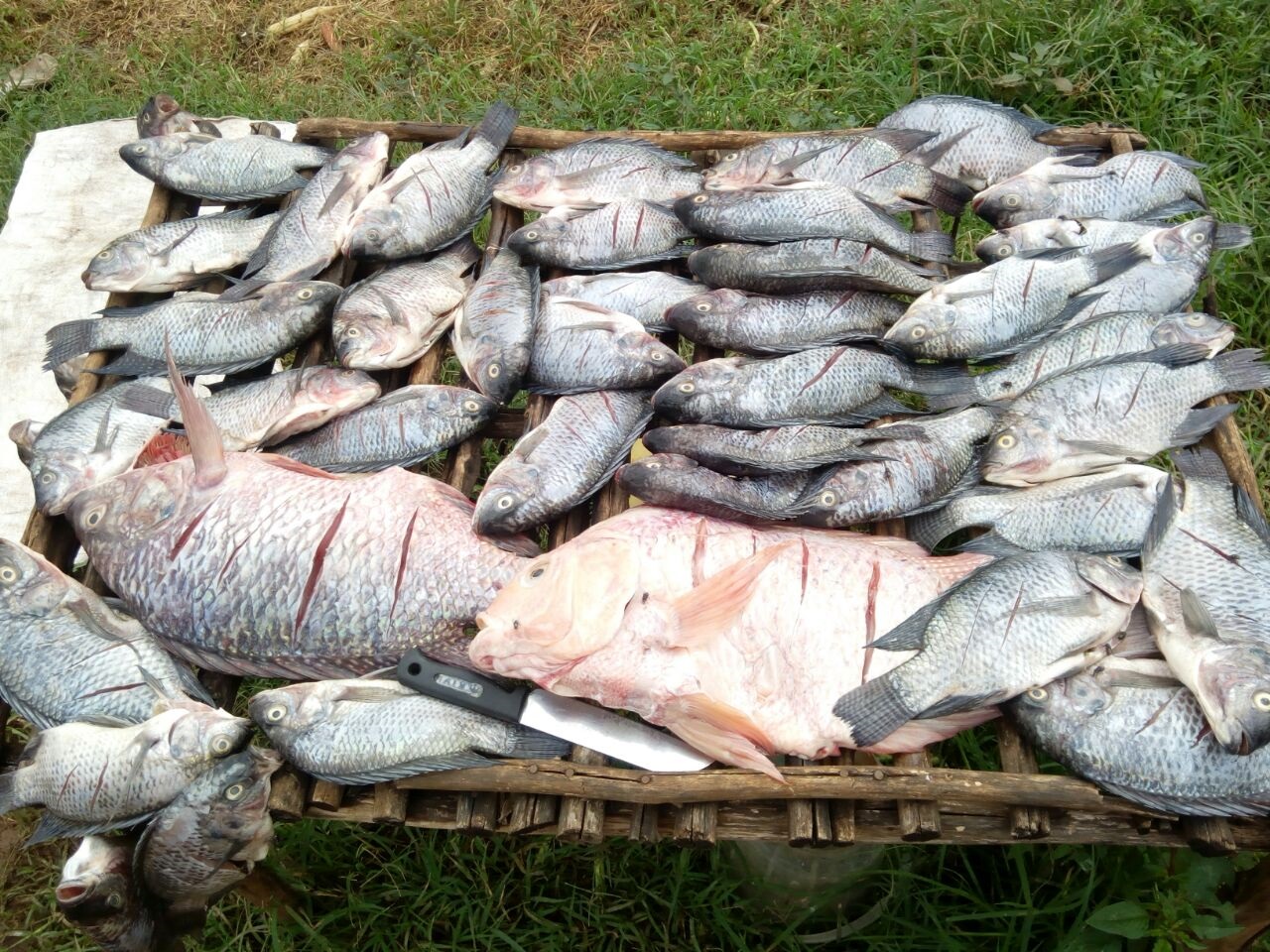 He extended it to Instagram as well and started the #FreshFishOnTheGo movement that got very positive responses. Now he handles the online marketing while a hands-on team led by NyakaJulu does the other bit.

The fish sales, which he says go hand in hand with tomatoes as an ingredient, enabled him to raise Ksh10,000 that he invested in a sack of omena to boost his revenues by catering to those who cannot afford to buy fish  daily. “I help in the evenings and weekends in making some of the deliveries. I am now expanding the delivery team,”

The fish prices range between Ksh150 and Ksh300 a piece depending on the size and location of the customer. Large families tend to be best buyers with some making weekly orders. He runs the hashtags #FishThursdays and #NyanyaFridays to maximise on sales. He says he would lower prices if he finds a cheaper source of fish and tomatoes, which cost Ksh8,000 a crate in Busia.

MC Jamtaa is also raising one-month-old firat breed chicks. He learned about raising this from the teacher who bought all his first five fish.

“He became my best friend,” MC Jamtaa says. “We were at work and we had a chat about rearing chicken. Surprisingly, he revealed to us that he does it using part of his house. I didn’t believe this until he took me home and showed me the whole idea which I immediately borrowed. So I cleared the kitchen area and converted it into a home for a batch of one-day-old firat chicks that I bought for Ksh5,000.”

While Jamtaa saws his fortune seeds into business and farming, his passion and love for the teaching remains unshaken. He says he has been working as a BOM teacher for close to five years and hopes to be employed by TSC soon. Thea shortage of 104,821 teachers in Kenya offers him more hope.

NEXT: TV presenter who turned into a sandals trader