Multichoice started operations in Kenya 24 years ago where it got into a partnership with national broadcaster KBC in 1995.

The company has revolutionised how entertainment is delivered in Kenya. From the days where only one broadcaster ruled the airwaves to the liberalisation brought about by digital migration, the company has stood the test of time.

Through DStv and GOtv, Multichoice has impacted Kenya’s economy by enabling growth and diversification of revenue streams in East Africa’s economic hub.

Billions invested in Kenya through Entertainment

Over the past three years, the company has contributed Sh 59.3 billion to the Kenyan GDP for the period between April 2015 and March 2019.

In a report by Accenture, Multichoice has been a key contributor to the country’s procurement of goods and services. Through its supply chain, this has had associated ripple effects which can be felt through the economy.

Multichoice directly employs a total of 181 people. Every year, the company conducts 69 training sessions and this has resulted in the company producing 12,423 hours of connected video content.

For instance, the company’s platform has contributed Sh 22.6 billion to the country’s economy over the past three years in training, taxes, regulatory fees and digital entertainment.

Direct taxes paid amounted to Sh 1.8 billion while Sh 7.1 billion has been paid in indirect taxes.

Kenya benefitted by earning Sh 124 million paid in regulatory fee contributions at a time when Sh 11.4 billion in GDP was generated.

Multichoice commissions local content which impacted over 200,000 lives through job creation and household reach. Sh 3.4 billion worth of content was produced, acquired and commissioned out of which 1,181 hours of content is commissioned locally with 5,092 hours contributing to acquired content.

Producing content is a long and tedious process but this does not deter Multichoice from commissioning programmes that will keep fans entertained.

Multichoice Event and Corporate Affairs Manager Phillip Wahome says that local content goes through vetting before it makes it on air.

Demand for more Kenyan content means that the company has to keep churning high-quality programmes that will keep all Kenyans entertained.

TV stations in the country are required to have at least 40% local content and the campaign for this content has been ongoing for years.

While demand is on the increase, not just any show will make the cut and Wahome says that the rigorous vetting process also leaves many people angry if their shows are not picked.

Producing shows is not a cheap affair and so some producers feel that Multichoice’s requirements before taking in a show idea lock them out of the screen.

“We receive a lot of requests from people who want to contribute content. You’ll need to have at least a pilot of what the show will look like on air. Have a script, not necessarily for the whole season, and a demonstration,” Wahome noted.

Multichoice requires producers to come up with a pilot which comprises of a script and short video footage demonstrating what the show will depict.

In a world where entertainment on demand is the in thing, content that stands out is what will make producers stand out.

To get space on Multichoice, Wahome encourages producers not to despair.

“Think long term and to at least invest in creating a pilot, which can also be shot on the phone. Try moving your idea to the next level, beyond written words.” 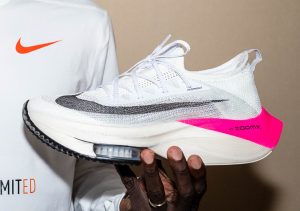 Kipchoge Ineos Record a Big Win for Science, Not Sports
All preparations towards the marathon were geared towards boosting Kipchoge's…