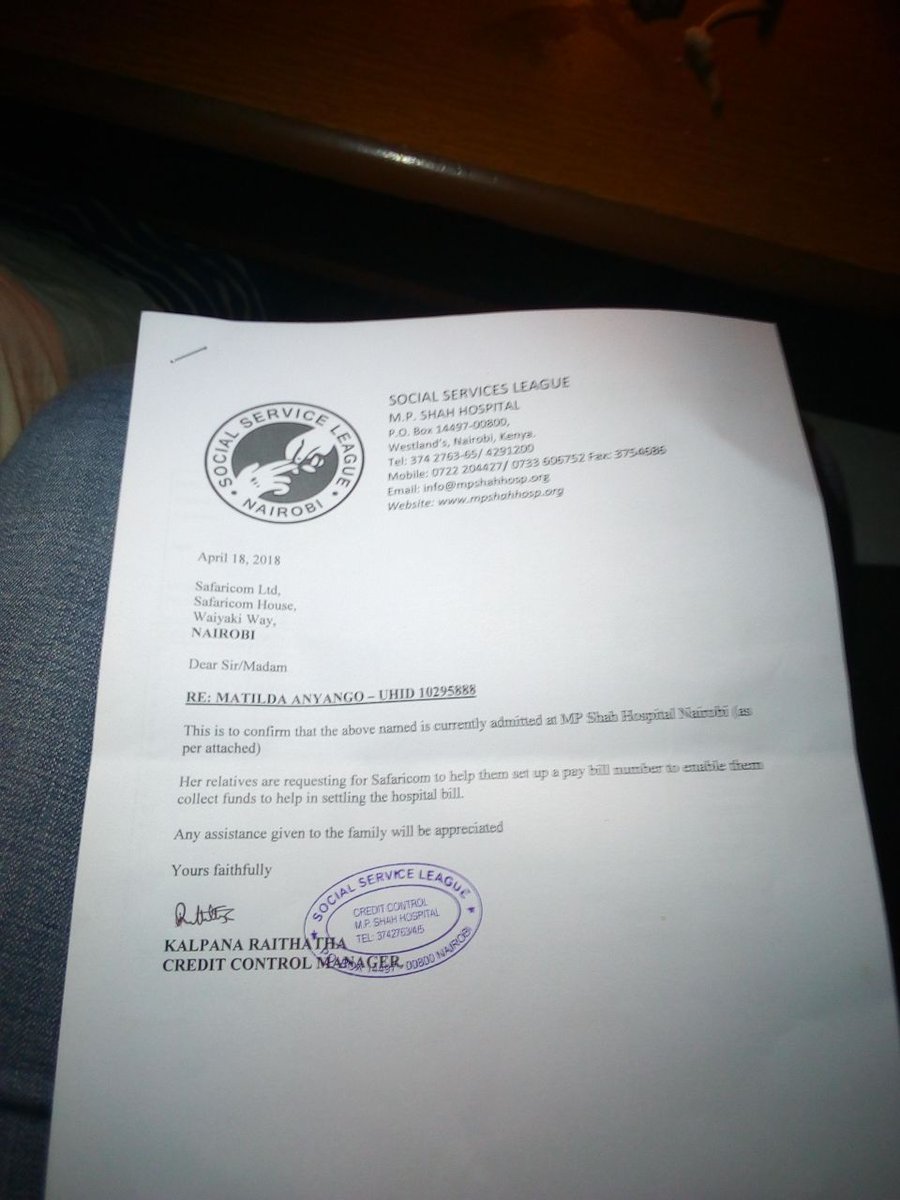 According to family members, the body has been detained in the hospital mortuary until the bill, which is growing by Ksh 2,000 per day, is settled in full. The hospital has acknowledged that the billing was accurate. Dan Moro, the victim’s brother, said he had estimated the emergency procedures would not exceed Ksh100,000.

But the surprise came when the family sought to move the body to a cheaper mortuary soon after the death was confirmed. “We were left in shock as the bill was printed on both sides of four sheets,” said Mr Moro, a plumber. The bill stirred debate among different groups and social media platforms, prompting MP Shah to issue a statement.

The hospital indicated that the cost was justified and that the patient’s condition required specialised attention and doctors. “We would like to state that any medical bill is not dictated only by the duration of stay in the hospital, but by the extent and complexity of the medical procedures accorded to the patient,” the Standard quotes the hospital as stating in a statement.

READ ALSO: The school that runs without a bell and staff room

According to the statement, Ms Anyango, 32, needed life support in the hospital’s Intensive Care Unit, where she was attended to by a team of surgeons. A surgeon’s fee of Ksh 300,000 is the single biggest item on the bill, followed by what is presumably dispensed drugs worth Ksh 157,285. In total, the doctors tried to save her life in just about 10 hours.

Her bed charges for the night were Ksh 42,600. Anyango was stabbed in the thigh as she fled upstairs to her first-floor house during a foiled attempt to rob her of a mobile phone and handbag. 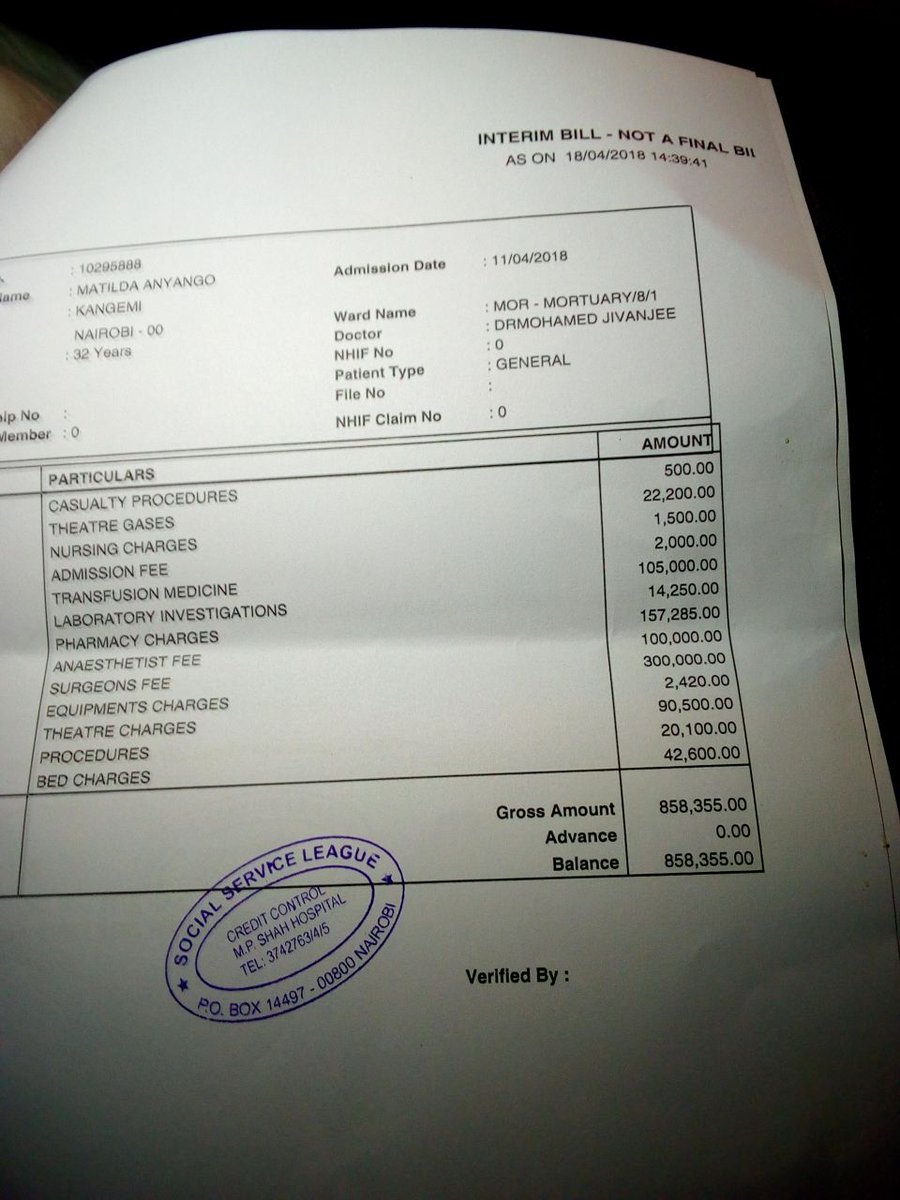 Her family’s predicament plays out many times in numerous households, with many turning to fundraisers and borrowing from family and friends to offset the medical expenses.

It also raises fundamental questions about the cost of medical services in a country that allocated less than 2.5% of the budget to healthcare.

According to Ndungu Nyoro, a rights activist who has previously helped mobilise funds for patients stuck in hospitals, Anyango’s case should stir Kenyans to the harsh reality of expensive healthcare. “If you’re poor you’d rather die at home, otherwise your death will punish the living,” he wrote.

The issue was first raised on social media on Friday by activists led by Boniface Mwangi. According to  Mwangi, Matilda was admitted on Wednesday 11th April at around 9.30pm and died at 10 in the morning of Thursday, 12th April.

“I have spoken to Rose, Matilda’s sister who took her to @MPShahhospital. Matilda was admitted on Wednesday 11th April, night and died in the morning, Thursday, 12th April. She was a patient at MP Shah for about 12hrs. The outstanding bill is 858,355.00!” Mwangi tweeted Friday morning.

Interestingly, a letter wrote by MP Shah Hospital to Safaricom seeking the opening on a Pay Bill number on April 18 indicates the deceased lady was still admitted at the hospital six days after she had passed on. (

– Original reporting by The Standard.)

NEXT: Louis Otieno – the rise and fall and mounting medical bill