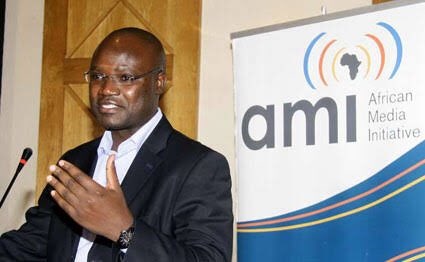 Mr Otieno takes over from Linus Kaikai, the former NTV general manager, who had served for three years since there were no elections during the time. The Guild was forced to hold elections to comply with the law. Kaikai recently joined Royal Me

Mr Arthur Okwemba was elected the guild’s treasurer with Francis Openda of the Star newspaper as his assistant.

Kaikai said: ” I thank the Kenya Editors Guild for the opportunity I had to serve as Chairman. It was truly an honor. I exit, proud of our collective endeavors in the interest of true journalism. I wish the Editors well in the journey ahead.”

Part of the Guild’s objectives include promoting standards of journalism, the independence of media and to advice members on issues of practical and ethical concern while also representing members’ interests in all matters of editorial and professional concern and interest.

The elections come three months after turmoil struck the guild following leadership wrangles over what exactly a section of editors that met President Uhuru Kenyatta were told about coverage of the mock swearing-in of Orange Democratic Movement leader Raila Odinga on January 30. Then chairman, Kaikai, issued a scathing statement that disowned the agreement between a section of the Guild members, and attacked the government for banning live coverage.