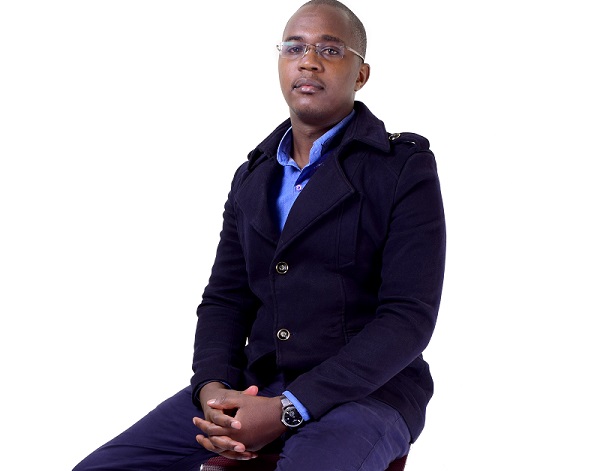 When Kenvis Kirocho, a real estate project manager, met his long-time high school friend Lawrence Nderitu during one of his field trips, it was both a happy and sad moment.

First, Lawrence 29, was still coming to terms with the story of an old man who had been conned millions of shillings in a land-buying deal.

As a real estate expert, Kenvis was concerned since this was not the first time he was hearing such a story. Lost in deep thought, he says, and Lawrence appeared.

“I felt bad after the old man narrated to me circumstance under which he lost his money,” says Kenvis.

“Then I coincidentally met Lawrence, my high school cube mate. I don’t know what exactly brought Lawrence that day.”

They talked about their exploits and before long Kenvis was talking to his pal about some of the challenges, especially fraud, in real estate. That meeting inspired the idea of protecting online buyers and sellers who fall prey to scammers and fraudsters.

After considering available online payments in Kenya, they resolved to introduce escrow. Lawrence had studied IT with knowledge of software development. They brought in a third partner, Kenneth Nderitu, skilled in financial matters.

After a series of consultations, LipaSafe Kenya, an escrow, was born. The choice of name – slang for ‘pay safely’ – was deliberate to make it appeal to Kenyans.

An escrow begins when an agreement has been made between two parties regarding the sale of a property. The neutral party, in this case, LipaSafe, is tasked with holding the funds and deeds and is referred to as an escrow agent.

“Technically, it was never easy for us to kick off because we had to comply with financial regulations before we would get the greenlight from Safaricom,” says Lawrence, who is in charge of technical matters.

“We had to sign a series of documents for purposes of credibility and ease of access in case of anything.”

Lawrence says LipaSafe, which started operations last year, has handled a number of clients and the market steadily growing. “We are not into money transfer service; we are in escrow and serve as escrow agent,” he says.

In case a dispute arises during the process of transaction, LipaSafe comes in as an arbitrator. If the deal falls through, the escrow officer may be instructed to return the properties and monies held to their original parties.

With the number of people doing business online increasing, one thing that holds back buyers is trust. Many traders are hesitant to do business online for fear of losing money and products to fraudsters or impostors since the transactions are virtual.

Even with established online payments providers, traders are still jittery about losses in case things go wrong. Escrow is emerging as an alternative payment mode that would give traders the much-needed peace of mind.

Escrow is a legal concept in which a financial instrument or asset is held by a third-party on behalf of two or other parties that are in the process of completing a transaction.

The funds or assets are held by the escrow agent until it receives the appropriate instruction or until predetermined contractual obligations have been fulfilled.

Internet escrow has been around since the beginning of internet auctions and commerce. It was one of the many developments that established trust in the online market.

Internet escrow works by placing money in the control of an independent and licensed third-party to protect both buyer and seller. Once both parties verify the transaction has been completed per terms set, the money is released.

Unlike other means of payments, with escrow, you can easily trace transactions and assets are safe since it is regulated.

“If you deposit money into your LipaSafe account,” he says, “you receive information from Safaricom M-Pesa requesting you to confirm the transaction before it proceeds. This, therefore, means that as the agents we don’t hold anyone’s cash. In fact, once you load your money, the only thing we can do is to release it either way but we cannot withdraw whatsoever.”

LipaSafe deposits the buyer’s cheque and holds these funds in an escrow account until the transaction closes or is cancelled by the buyer and seller. “The main aim of escrow is to ensure the availability and safety of the things exchanged. It is beneficial to both parties involved in any form of transaction,” he says.

LipaSafe is both a wallet and an escrow platform. Users can upload funds to their wallet via M-Pesa. Funds are withdrawn to M-Pesa account. Documents/agreements/terms and conditions related to the trade can also be uploaded.

The agreements dictate the terms of the escrow, which include repairs, renovations, tax payments etc. Every time an item in the agreement or contract has been fulfilled, documentation is provided as proof and the parties must sign off.

Read >> How to invest in Bitcoin and other cryptocurrencies