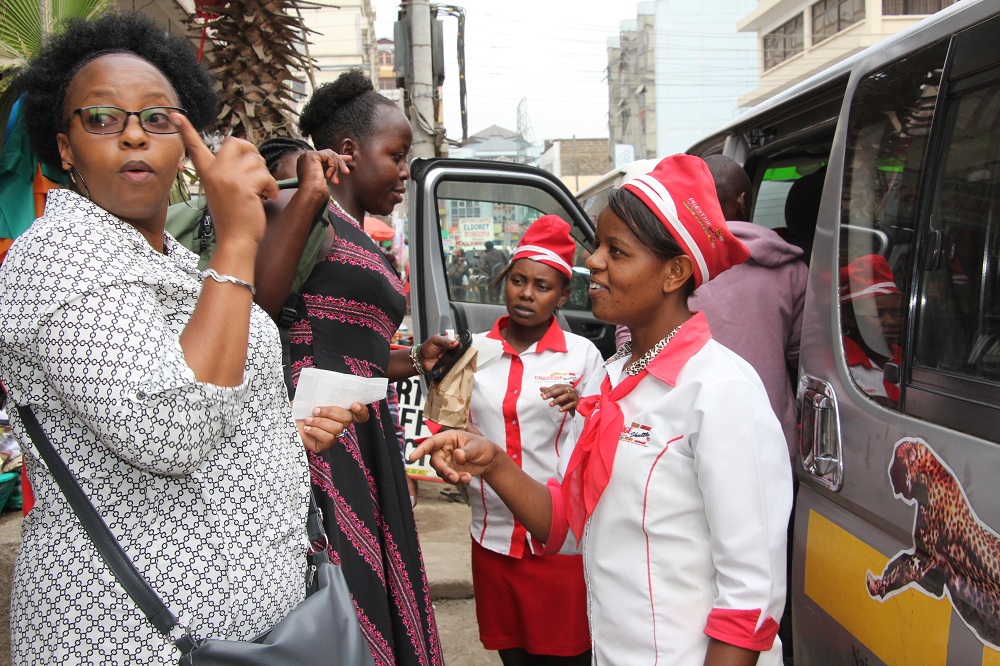 The entry of young and educated women into the often chaotic matatu industry is slowly transforming the attitude of the public which views the business as a preserve for the outlawed and bullies.

In Nakuru, Prestige Shuttle Services has taken the bold step of hiring young and educated women as matatu attendants at the bus terminus.

The inaugural team of 14 female matatu attendants has been equipped with customer care skills unprecedented in the sector widely associated with indiscipline and poor public relations. The team, dubbed Matatu Hostesses of Nakuru, is keen on changing the face of the service that has been under the grip of disrepute for years.

Clad in phenomenal white and red dresses and headgear, the hostesses are determined to handle travellers thronging its booking offices at the Nakuru bus terminus with dignity and decorum with a view of transforming the country’s multi-billion sector.

Alice Wanjiku, a graduate teacher, is one of the graduate hostesses striving to make the desired difference every day. She finds her job as a bus attendant exhilarating than teaching as it enables her to meet a variety of clientele and make them happy, comfortable and satisfied whenever they board any of the buses to their various destinations.

“In the 21st century, more women are occupying traditionally male-dominated spaces. It is not only in the quest for financial freedom but also a desire to offer services in a more professional manner”, she says.

Her normal working day at the terminus begins at 4.30 am where she receives travellers, ensures their luggage is safely tucked in the buses` luggage compartment and all travellers adhere to safety rules before setting out.

SEE: Six places you are sure to get a job this year

Before the bus departs, the 23-year-old ‘hostess’ offers words of encouragement to passengers and prays for the journey. She says her job has helped her expand her social cycle contrary to popular belief that a female tout would be open to disdain from society.

Wanjiku says her family and friends have respected her decision to take up a job associated with modest or little education. This she says has been a source of inspiration in a daunting task to make public transport user-friendly.

Regular travellers with the Prestige Shuttle say they enjoy the services.

Prestige Shuttle Director Stephen Muli says the recruitment is part of efforts to improve service delivery in one of the most chaotic sectors in the country.

He says he set out a model to elevate the sector to corporate level by selecting a team of dynamic professionals.

As a pacesetter, he wants other players in the sector to emulate the model of running the transport enterprise which is among leading revenue earners for the country.

He says a professionally driven public transport service will earn its worth among millions of potential users’ every day. This he adds will be invaluable in scaling up revenue for the country while it transforms into a sustainable pathway to wealth and jobs creation.

Read >> Travelling? How to Get to Shags Without Using Matatus

Maina Kageni: How I Accidentally Landed on Radio