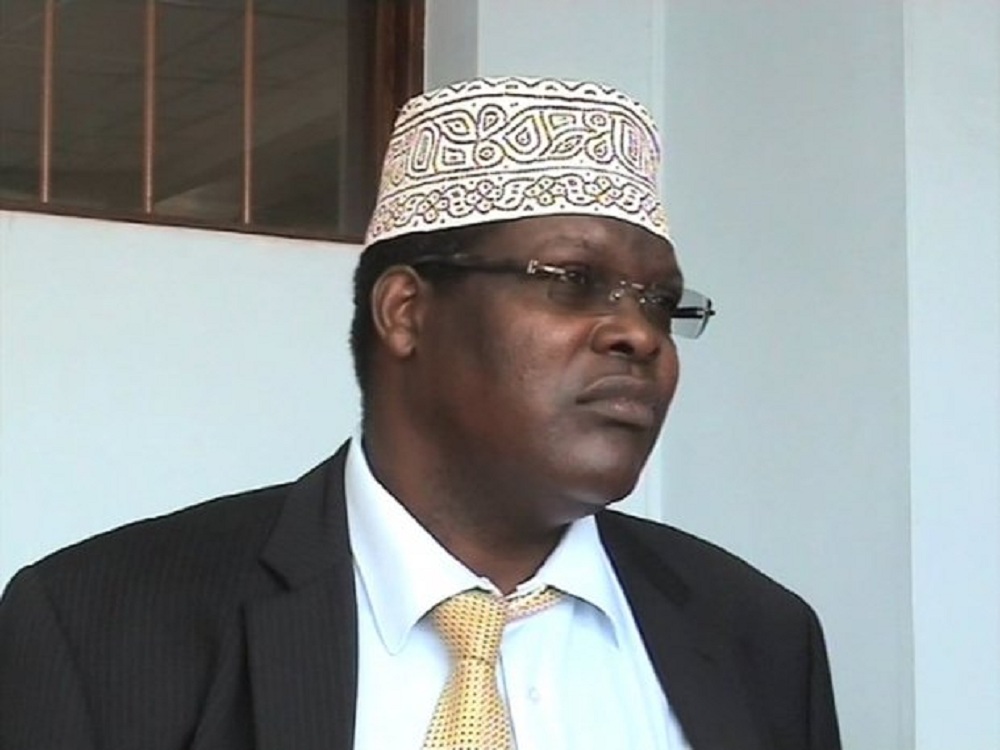 [dropcap]A[/dropcap]fter four nights in police custody, lawyer Miguna Miguna was Tuesday morning charged before a Kajiado court. This, even as his lawyers trooped to Milimani Commercial Courts awaiting Inspector General of Police Joseph Boinnet and Director of C******l Investigations George Kinoti to present themselves before Justice Luka Kimaru to explain why they defied orders to bring him to court.

Justice Kimaru is this afternoon expected to rule whether the two police chiefs should be cited for c***************t while the Director of Public Prosecutions’ office is required to confirm whether indeed, Miguna is alive and appeared before court.

Miguna was a******d last Friday in a dramatic dawn r**d at his Runda home during which security agents used e********s to gain access into his house before whisking him away.

Since then, it has been a cat-and-mouse game between his lawyers led by Senior Counsel John Khaminwa and Nelson Havi, a section ODM MPs and the police, who twice defied orders to present him before court.

He was first expected in court at 9am on Monday but police failed to comply with orders issued by Justice Kimaru last Friday. The Judge then directed that he be presented at 3pm but also in vain.

It is believed that Miguna was being held at Lari Police Station in Kiambu County since Friday after villagers in Githunguri laid s***e at the local station where he was initially being held. Havi and lawyer Edwin Sifuna had led a battery of lawyers after securing an order to have him released on bail but the locals thwarted their bid. It is then that a fresh “order from above” was issued to hold him longer.

When he appeared before a Magistrate’s Court in Kajiado, Miguna was charged with being present and consenting to an administration of oath to commit a capital offence namely treason contrary to Section 59 (a) of the Penal Code.

“On the 30th day of January 2018, at Uhuru Park in Nairobi County, jointly with others not before court, you were present and consented to the administration of an oath to Raila Amollo Odinga purporting to bind the said Raila Amollo Odinga to commit a capital offense of treason,” read the charge sheet.

His lawyers want his case transferred to Milimani Commercial Courts.

The DPP’s office defended Boinnet and Kinoti, who were represented by Assistant Inspector Stanley Cheruyiot and Amos Omuga from DCI, saying they were attending a national security meeting.

Already, Ruaraka MP TJ Kajwang, who alongside Miguna was present at Uhuru Park when Raila swore himself as the People’s President, has been charged with a similar offence and released on a bond of Ksh 50,000.

The two are accused of administering the oath to bind Raila to commit treason. It is not clear whether police intend to charge Raila and others who were present with related offences.

Attorney General Githu Muigai had warned that if Raila takes an oath it will amount to treason whose p********t is d***h. However, some lawyers argue that the act does not amount to a treasonable offence since there was no attempt to take the instruments of power from President Uhuru Kenyatta, who is still legally in office.