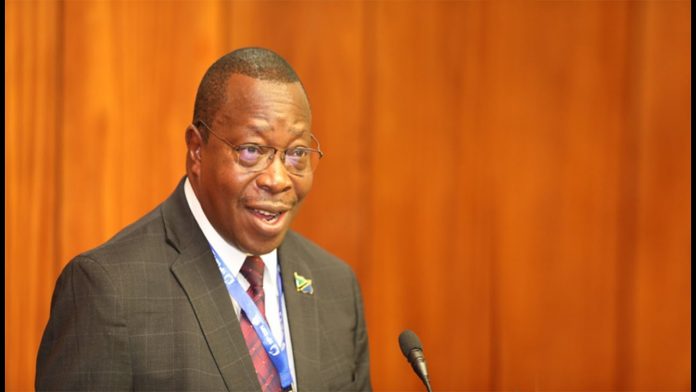 Tanzanian President Samia Suluhu Hassan has named Dr. Philip Mpango as the country’s new Vice President. The name has been presented to parliament for approval.

Under the Tanzanian constitution, the new Vice president has to be approved by at least 50 per cent of the Members of Parliament.

Upon approval, Dr. Mpango will take up the VP post which fell vacant after Ms Samia Suluhu Hassan was sworn in as President following the death of Dr John Pombe Magufuli who was the first to die in office in the country .

Ms Suluhu, 61, took oath under the Chief Justice, Prof Ibrahim Juma, and will serve the remainder of the late President John Magufuli’s second term in office until 2025.

According to the Tanzanian constitution, she will be eligible to run for another five-year term.

Dr. Mpango has been the Minister for Finance and Planning since November 2015.

Some of his notable publications include: Macro-micro Linkages in the Fight Against Poverty: Missing Links and Enabling Bridges (2004); Some Reflections on Semi-privatization of Customs Administration in Tanzania (1996), and a chapter on Spatial Dimensions of Economic Growth published in Tanzania Sustaining and Sharing Growth.

Dr. Mpango was also the Principal Supervisor for the preparation of The National Five Year Development Plan 2011/12 – 2015/16.