Over the past year, Kenya’s economy has been in the doldrums with economic prospects for many dimming as companies closed shop in large numbers.

With the winding up of operations in Kenya by several companies, many have taken a hit after losing their livelihoods. Many others have been caught between a rock and a hard place as the shilling stretches out thin.

But, there is hope as American investors are still pitching tent in the country reviving aspirations for many who want to succeed in East Africa’s economic hub.

Already, there are a number of American companies which have been operating in Kenya for decades. Some of them employ thousands of Kenyans with the trickledown effect reaching millions.

As more companies set up shop here, the country will see its fortunes change after several months of uncertainty.

Companies that have announced starting operations in Kenya in the past one year include five American multinational corporations.

These companies which will transform the business landscape in the region include Abbot Laboratories and Cigna, an American health services organization. They have already set up regional offices in Nairobi.

For Abbot Labs, this is the second regional office in Africa after decades of presence in South Africa.

In the agricultural sector, agrochemical and seed company Corteva is also a welcome investor in the country while one of the largest private equity investment firms in the world, Emerging Capital Partners (ECP), is also setting up shop in Kenya. ECP has pumped in US$34 million to acquire a majority stake in ArtCaffe.

The American Tower Corporation (ATC) has also opened regional offices in Kenya after having acquired 723 towers from Telkom. ATC is eyeing another acquisition which if it goes through, will make the company Kenya’s second-biggest private tower operator after Safaricom.

The company invested about US$34 million to acquire a majority stake in ArtCaffe.

American companies that have been operating in Kenya have increased their investments despite the gloomy outlook of the country’s economy.

Microsoft which has operated in Kenya for several years has launched one of the two Africa Development Centres in Nairobi. In the May 2019 event, the giant invested US$100 million in both centres. It is looking to increase engineers across both centres to 500 by 2023.

In July 2019, plans for a new state of the art packing facility was announced by Del monte which is in Kiambu county. The investment worth US$5.8 million will see the expansion of its productivity as well as increasing export capacity and creating 200 more jobs.

Del Monte Kenya is one of the largest American employers in Kenya with a direct workforce of 7,000 and an additional 28,000 local jobs created indirectly by its operations.

As one of the biggest processors in the country, Del Monte is also one of Kenya’s top exporters.

Another investment outside Nairobi was by Mars Wrigley Confectionery Inc., which opened a US$70 million manufacturing plant in Machakos County. The opening of the facility in April 2019 is poised to create an additional 200 jobs.

Beverage giant, Coca~Cola, unveiled a US$70 million hot-fill processing line at its Embakasi plant in Nairobi in 2018. The line will serve the region and it is expected to significantly enhance the local sourcing of materials used in the production of Coca-Cola beverages.

US Companies to Eyeing to Enter Kenya

Currently, at the industrial plant approval stage, the deal will set the stage for the plant assembling motorcycles in Kenya for sale across Africa when approved.

More deals are expected to be signed during the AmCham Business Summit, to be held on November 4 – 5, 2019.

AmCham serves as an engagement platform for the US and Kenya to find ways to increase two-way trade and investment for mutual prosperity.

The 2019 edition of the Summit anchored on Kenya as the business hub and gateway into the region, will have an East Africa perspective, with participation expected from Tanzania, Rwanda, Uganda and Ethiopia in addition to Kenya and the US

Local businesses also stand to benefit from the Summit as it will give them the opportunity to meet various American companies and express their interests. 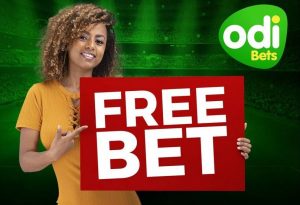