Uhuru and Ruto. The Kenyan economy is on its deathbed with the country ranked among the most corrupt in the global Corruption Perceptions Index (CPI). [Photo/BT]

The Kenyan economy is on its deathbed and we are not yet ready to accept this reality, at least not the tenderpreneurs and those with access to the high places.

Since the first quarter of 2019, the economy has been displaying signs of distress declining to 5.6 per cent growth in that period.

And that’s not the worst of it yet. Millions of Kenyans are staring job losses in the face as companies continue closing every month.

It is getting worse

The Registrar of Companies says that between March and August, some 388 companies have been dissolved with more expected to wind up by the year-end.

It is an unfortunate scenario for a country that is hailed as the economic hub of East Africa.

Agriculture, Kenya’s largest employer, has been on a continual decline due to unfavourable weather conditions.

Prolonged drought earlier in the year has led to food shortages in several counties with the overall agricultural sector chugging to 5.3 per cent in the first quarter of 2019 compared to 7.5 per cent over the same period in 2018.

Worse still, the cash crop sector which includes tea and coffee among others has become a consistent pain for farmers who are threatening to abandon farming these crops since they have poor returns. But is it so or is stealing by those in public positions bringing the country’s economy to its knees?

Kenya’s economy is largely held together by the small scale traders who do not have the means to the big bucks to grow their businesses.

Through their struggles, the country’s treasury can have a Ksh3 trillion budget, most of which will be unaccounted for at the end of the 2019/2020 financial year.

Who is to blame for the declining economy?

In 2013, Kenyans went to the polls and voted for the so-called dynamic duo- Uhuru Kenyatta and his running mate William Ruto.

Despite the allegations hanging over them regarding the skirmishes of the 2007 elections, Kenyans voted saying they were the ones to revolutionise the economy. The branding and the campaign strategy of the two fooled many. And so, they became Kenya’s number one and two officially.

Through the five years of their first term, the were many false starts, a lot of faltering and broken promises that a section of Kenyans were getting tired by the failings of the government.

The sports stadia, a million jobs a year and so much did not materialise for those who needed them most but tenderpreneurs were having a field day.

Looting of the NYS and other government entities were just a tip of the iceberg. The country was in for a rude shock. Regardless of the failure to successful convict looters, the two again ran for the second term and despite the misgivings of the first term, Kenyans fall for the politics.

They swallowed the hook and the sinker and barely three years into their second term, the dynamic duo brought to power through the mtu wetu idiocy have managed to undo the progress of their predecessor, President Mwai Kibaki.

Former president Daniel Moi used to tell Kenyans that bad politics would always translate to a miserable life. But would we take him seriously?

Almost 20 years since he left office, Kenyans have not been in a worse place economically as they are now.

The leadership of Uhuru Kenyatta and William Ruto has shown that the election of bad leaders largely affects those who vote for them than it does the politicians.

With thousands of jobs on the line, there are millions of Kenyans who will be condemned to a life of avoidable poverty cycles because of the mtu wetu political fallacy.

Tunakula nyama wakimeza mate is one saying that the current government has implemented well. Beyond their beautiful Jubilee Manifesto, it’s our time to eat has never been this real for Kenyans.

Unfortunately for most, those eating are the same ones who promised Universal healthcare, that no woman would die giving birth and yes, that children would be equipped with technology to match what the developed world countries were doing.

Most of those promises have remained just that.

For Kenyans, the suffering has come at a time when tragedies are attracting the politicians who have become disaster celebrities. They are the first on the scenes of disaster instead of rescue operations personnel.

With sirens blaring to clear the way for them as they head to the disaster scenes, it is unfortunate that Kenyans cannot yet connect the dots between siasa mbaya and maisha mbaya.

How is it that a country with a well-trained military both on land and sea can take a whole week retrieving the bodies of the two who sank into the Indian ocean?

Worse still, how is it that a public vessel that is used by thousands of Kenyans has no safety measures?

How is it that a school collapses, pupils die and government officials responsible for the schools are still in office?

Isn’t it weird that fuel worth billions of shillings just disappears and no one takes responsibility?

The funny thing is the politicians are still on the campaign trail for 2022 yet they have not even delivered the most basic of human rights for Kenyans.

When Kenyans wake up to the reality that this mtu wetu syndrome is nonsense, then Kenya will rightfully take its place among the nations that put their people first.

As Kenyans continue losing jobs and their sources of livelihoods, it is time for them to rethink how to reset this country.

Kenya needs a reset button to erase the fallacy that politics is for politicians and not for the common mwananchi.

May the discontent breed change and bring salvation to the future generations. 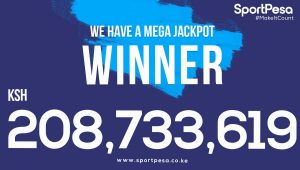