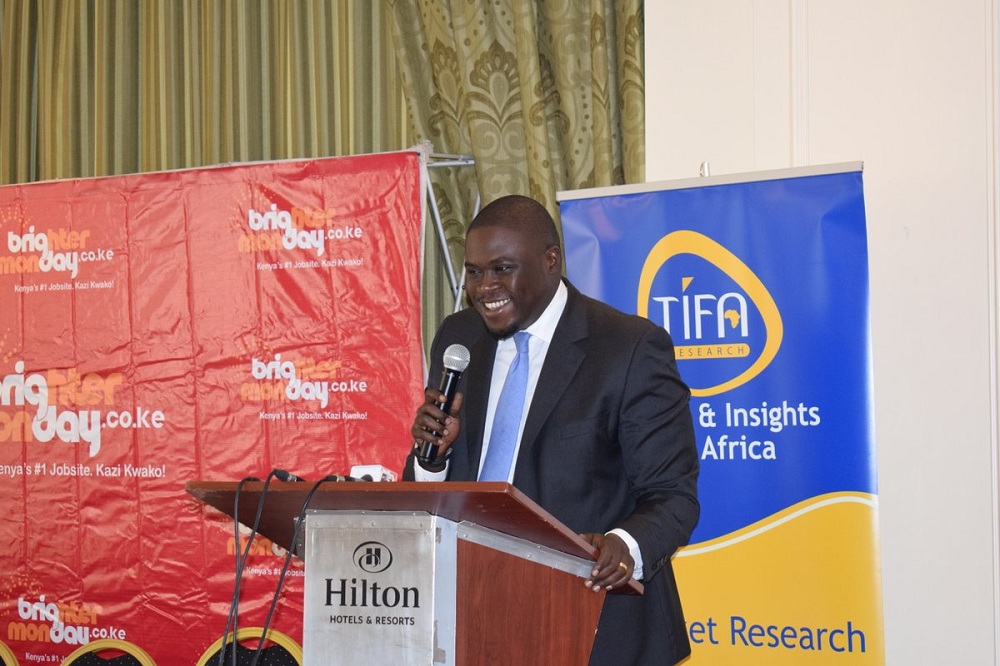 Only 1% of Kenyans are happy with their current jobs, according to a new report released today by Brighter Monday and Trends and Insights for Africa (TIFA).

The report titled ‘Exclusive Insights into employment in Kenya’ shows that the number of the unemployed population seeking jobs translates to 52.78% while those employed but still searching for jobs constitute of 40.9%. The remaining 6.3% of job seekers are self-employed, but still looking for jobs.

The report further states that 89% of the total number of job seekers who took part in the survey have tertiary e*******n, an indication that the jobs seekers are most likely in search for white collar jobs.

Of the unemployed, the youth (between the age of 18 to 34) constitute of the largest number of more than 86%, most of them graduates.

The report comes in the wake of layoffs in various sectors including; Media, Banking, Manufacturing, Insurance, Non-Governmental Organisations and Information Technology.

Several companies listed in the Nairobi Securities Exchange have also issued a profit warnings in 2017.

“These are attributable to various factors, such as slow economic growth, p**************t, automation replacing people, inflation and high costs of doing business,” states the report.

The job market survey also established that most of the job seekers use online platforms to search for employment with 65% mentions followed by word of mouth at 14% as newspapers ranked third at 12%. Recruitment agencies and radio classifieds are less considered with only 9% and 1% mentions respectively.

On the online sector, Online Job Sites are the most popular with 60% mentions followed by LinkedIn at 23% mentions. Social media ranks last at 17%.

At the top the list of the items that matter to most job seekers include remuneration and benefits, followed by career progression, conducive work environment and then job security. “These four factors matter more for your employees’ happiness (and, subsequently, employee retention) than any others,” reads the report in part.

Of the employed respondents, only 5% are committed to stay in the organisation while an overwhelming majority (80%) of the employed job seekers intend to leave their job within the next one year.

“The study shows that most are leaving for professional reasons (better pay, career progress, job security, work environment) or personal reasons (to start own business). A small proportion are having conflicts at the workplace,” indicates the report.

Of the unemployed job seekers, 57% are graduates while 35% college leavers. Post-graduates entail 5%. About half of those who are unemployed have been jobless for at least one year. “This unemployed group feels that their lack of experience, the over-supply of graduates coupled with few job opportunities is affecting their employment prospects,” states the report.

Speaking during the launch of the survey report, Nairobi Senator Johnson Sakaja said he believes the most important thing is to provide opportunities for young people.