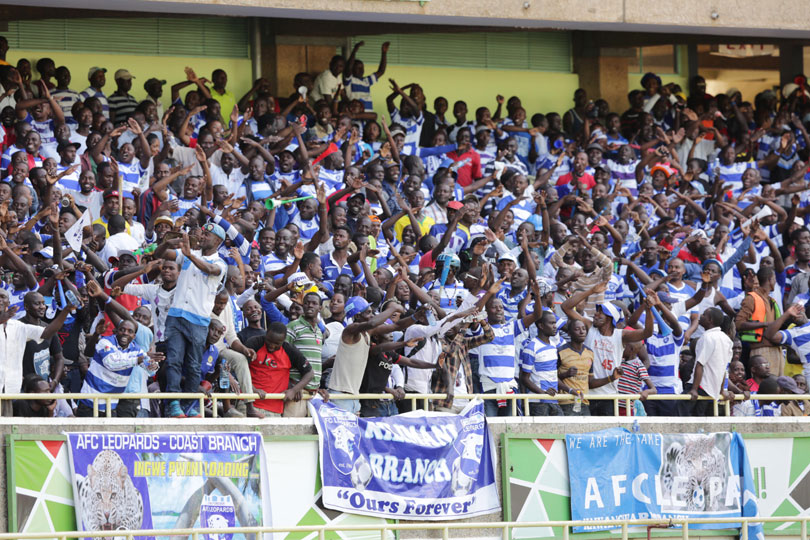 Only two football clubs in Kenya are considered big clubs in terms of history and trophies won. However, one of these clubs is slowly losing its big club status if it has not lost all already.

While Gor Mahia continuously proves to Kenyans that it is indeed a force to be reckoned with, AFC Leopards is struggling to keep up the pace. The clash between these two sides is till considered the fiercest derby in Kenya despite the fact that Gor Mahia has remained dominant in the derby for the past decade.

With fans hoping that things will get better at the den, Ingwe seems to be further plummeting as days go by. It is undoubtedly true that the financial situation in Kenyan Football is not at its best but a club like AFC Leopards is not expected to be hit with the poor financial environment in the Kenya Premier League (KPL).

According to the Chairman of the club Dan Shikanda, there is no money at Ingwe which affects the club’s performance. 2020 has started badly for Ingwe as they have lost two crucial members of the team.

Star midfielder Whyvonne Isuzza and Coach Andre Casa Mbungo have both left the club. Their exit is highly linked to the financial situation at the club. Other players including Moses Mburu, Ivan Ssekaza, Dennis Shikhayi, and Brian Marita have also left the club.

Shikhayi and Isuzza have left Ingwe to join the moneybags Wazito FC who are determined to sign every highly-rated star in the KPL. The other players are currently unattached but they have already left the den.

Club chairman Dan Shikanda confirmed that the Coach left the club because he had not been paid for five months.

Shikanda noted that the club will not be looking for a new coach as that is not the priority for the club. The Chairman said that the club is working to pay its dues and try and keep the players who have not yet left the club.

“We are not looking for a new coach because we haven’t even paid the one who left us this week. My main priority is to look for money and pay players and not looking for a coach. I believe the current technical bench has what it takes to steer the team and get us good results,” Shikanda said as quoted by Nation Sport.

“We are taking a day at a time and due to the financial woes, we may not participate much in the January transfer window. Players have left but what is important this year is getting money to pay them and maintain those who are still in the team,” he added.

KPL on its Death bed

The Kenya Premier League is said to be on its death bed due to financial reasons. The league has been operating without a sponsor ever since the exit of betting giant SportPesa. The league organisers have been tirelessly trying to secure a new sponsor for KPL but are yet to be successful.

Sony Sugar FC has already been relegated from the top flight after failing to turn up for three matches. Fellow millers Chemelil Sugar are also on the verge of the axe as they are only one match absent away from being expelled as well.

Pundits are predicting a downfall of the league if there no sponsor turns up to save it in the near future. Wazito FC club chairman and owner Ricardo Badoer hinted that his club will have to play in the Tanzanian League if KPL dies.