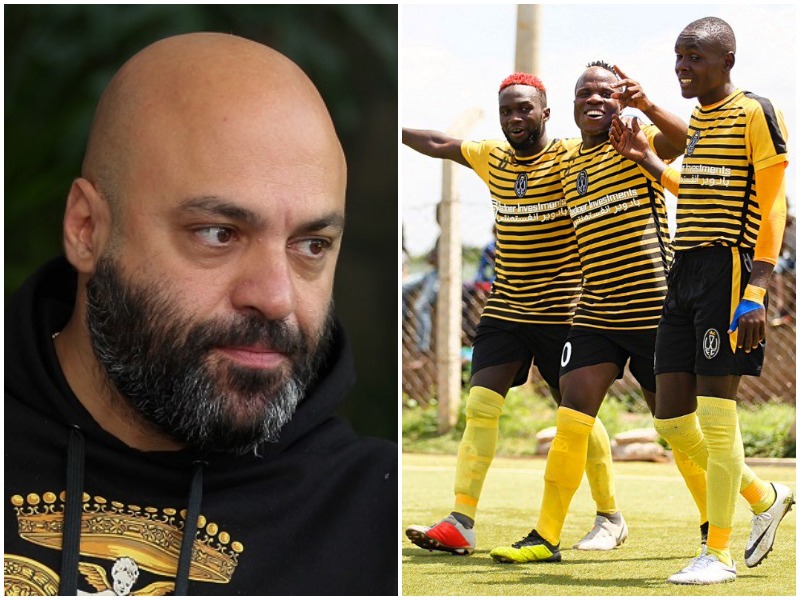 From doldrums-like despair, there is now only fleeting hope for Wazito FC.

The Nairobi-based football club has risen from the ashes of relegation in 2018 to now resemble an outfit that may very well cause a challenge to some of the established teams in the SportPesa Premier League next season.

Of course, they have been there before, at Kenya’s top football league tier. But they slipped down the ladder, finishing in second last position to go crashing back to the National Super League (NSL).

Bouncing back has been swift. The club, boosted by the moneybags of Dubai based Swedish businessman Ricardo Badoer, has taken on a fresh outlook that centres on professionalism and a results oriented mindset.

It is no wonder they are champions of the NSL, emerging victorious from a very tight run-in that spiralled all the way to the final day of the season.

Leading from the front has been the club’s owner. A no nonsense businessman, Badoer has been the team’s most vociferous cheerleader while simultaneously serving as the club’s utmost dreaded critic.

In his sui generic style, Badoer has launched scathing attacks at the club whenever it lost games. An unfavourable result would usually be accompanied by a tirade on social media, occasionally littered with F-bombs.

However, wins — of which there have been many for Wazito FC — would see the club president chest-thump with immeasurable delight.

Unrefrained and unrestricted, his behaviour is down to the fact the Swede who calls himself Donrico has poured in money — investment — into Wazito FC.

Beyond bringing on kit sponsorship, the Swede has also been behind the purchase of a Ksh12 million Mercedes Benz bus. He has also promised the club a stadium of their own.

the lads made it happen , this is all thanks to the players. The players did deliver despite some misstakes from the technical staff. We have alot of things to improve on that matter. But once again, I want to thank the players for making this possible

By December 2018 when it became officially known that Badoer had become a majority shareholder in the squad, his effect was already being felt.

Already, the club being referred to in the media as moneybags, had made a spate of signings in its bid to get back into the Kenya top flight.

The club was preparing for life in the second tier, and started brightly looking like a club setting its sights on promotion.

Badoer’s appearance in December at Wazito training and games caused a stir as the team continued to roll on.

In mid-season, the club strengthened again with the purchases of experienced defender Lloyd Wahome and forward Amos Asembeka, both from Tusker FC.

“6 -0, I can hear our next opponents’ legs shaking. I feel sorry for them having to meet the Awesome Wazito FC machine,”

However in March, after a surprise 3-1 loss to FC Talanta, Wazito FC sacked head coach Ahmed Muhammed Mchulla and his assistant Hussein Mohammed. The duo had been under pressure after a series of what was deemed as unsatisfactory results.

Fred Ambani stepped in to take the hot seat, even as the league became a tightly contested affair as it drew towards the home stretch.

With weeks left to the end of the season, as many as five teams were still up for contention.

In the end, Wazito FC fended off the challenge to emerge champions of the 2018/2019 NSL season. In turn, they secured direct promotion to the Kenya Premier League.

A total of 81 points was enough to clinch the title, just edging past Kisumu All-Stars and Nairobi Stima, both of whom had 80 points.

Wazito FC was formed in 2011 by, among others, Solomon Alubala, who dreamt of playing professional football and owning a football club. Alubala teamed up with University of Nairobi alumni to provide football mentorship to university students and graduates.

In 2012, the club joined the fifth tier of Kenyan football ladder, the Nairobi County League and won it. It got promoted to the fourth tier the following year which it won to enter the third tier, where it finished second in 2014. It played in the second tier for three years before being promoted to KPL in 2018.