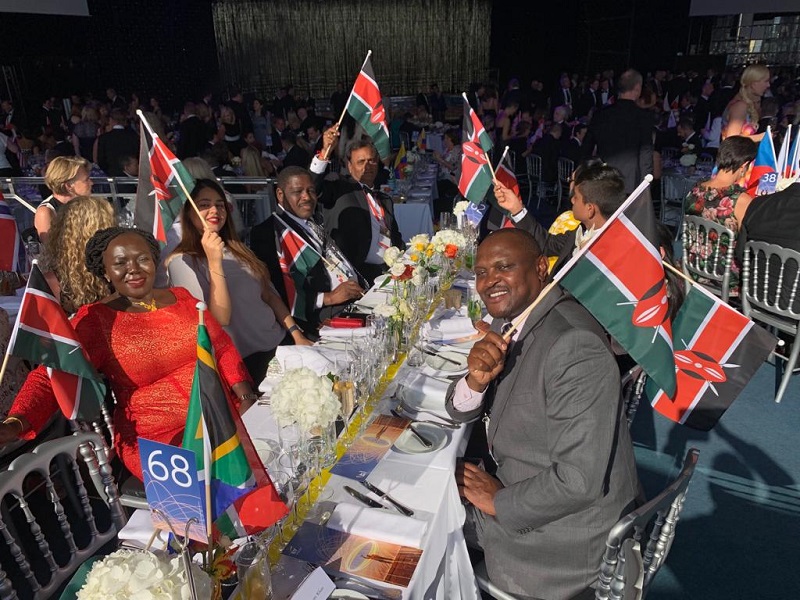 Industrialist Narendra Raval is surrounded by fans during the EY Entrepreneur of the Year Awards ceremony in Monaco. Credit: Courtesy.

Industrialist Narendra Raval was declared the winner Eastern Africa  at the just concluded EY Entrepreneur of The Year 2019 Awards in Monaco, France.

Brad Keywell, CEO of US-based Uptake Technologies Inc., was named EY World Entrepreneur Of The Year™ 2019 at an award ceremony held in Monaco’s Salle des Etoiles. Brad was selected from among 761 program participants that included the 57 country winners from 47 countries and territories vying for the title. In the program’s 19-year history, Brad became the third EY World Entrepreneur Of The Year Award winner from the United States.

He follows former US world title winners Hamdi Ulukaya of Chobani, Inc., who won the award in 2013, and Wayne Huizenga of Huizenga Holdings, Inc., in 2005.

Narendra’s childhood dream was to fly in a helicopter. It was an impossible aspiration for a poor boy born in a tiny village in India whose family couldn’t afford to buy him shoes for school. Years later, as the founder of Devki Group of Companies, a multimillion-dollar steel manufacturer, Narendra not only learned to fly but bought his own helicopter.

As a teenager, Narendra moved to Kenya to become a priest, but he later left the sect to get married and work in a steel factory. In 1986, Narendra became an entrepreneur when he and his wife started a small steel processing and trading outfit in Nairobi. That operation has grown into Devki Group, the largest construction materials company in East and Central Africa. The company manufactures steel products, cement, reinforcement bars and barbed wire, employing nearly 4,400 people.

Narendra says his success is due to “my courage, risk-taking nature, enthusiasm and my unstoppable dreams.” He is a devoted philanthropist, spending millions on scholarships for thousands of destitute children.