An empty work station. Many companies in Kenya are downsizing or closing shop leading to a serious job creation decline and increased unemployment. [Photo/Ahrend]

You do not need a degree to work for Apple, IBM and Google today.

While this reality could have seemed like several light-years away less than a decade ago, it is now a possibility anywhere in the world. The new way of hiring is catching on not only among giant companies in the Americas and Europe but also in Africa.

This should, however, not be misconstrued to mean that education is not important but a cautionary while choosing a degree course to pursue.

Where will your university degree land you?

Why should one invest in a degree course costing hundreds of thousands of dollars and time for it to remain a decoration in the house? It would be wise to invest in one that will payback for all the effort a student puts in by its being a degree of the future.

If you have never wondered where your university degree will land you once you are done with school, then it is prudent to take stock before you jump into getting one.

Are you jittery that your degree may lead to disappointment or that you may never apply what you learn from it? Then, this could be a pointer that you could be venturing into the wrong field. Many people are toiling for years to just come out of school with a degree certification that cannot help them get a job or become entrepreneurs.

Skills versus degrees in the market place

Currently, many graduates are not securing jobs despite their qualifications and they are being forced to do things totally unrelated to what they studied. The job market continues to shrink creating fewer and fewer opportunities and the unemployment crisis is spiralling out of control globally.

In the current work world, many people are not doing what they trained for but they are using their skills for employability. As technology advances, the adoption of Artificial Intelligence (AI) means that many people joining school now will work in jobs that do not yet exist.

Being in college has been an avenue to getting better financial independence, social standing and the assurance of a generally better life thereafter. But, the truth is that most students are just be piling on debt to get an education which they may never benefit from.

To show how important for consideration this is, Upwork CEO, Stephane Kasriel, says that “the future of work won’t be about college degrees, it will be about job skills.”

This calls for revisiting and evaluating degree choices to align them for the job market of the future. In a survey commissioned by Upwork and Freelancers Union last year, college-educated freelancers are benefitting more from their skill training than their college training.

The survey, Freelancing in America 2018, showed that of the 6,001 US workers polled, only 79% said their college education was useful to the work they were doing at the time.

“Too often, degrees are still thought of as lifelong stamps of professional competency. They tend to create a false sense of security, perpetuating the illusion that work — and the knowledge it requires — is static. It’s not.” Kasriel told CNBC.

While this may not be the end of the degree society yet, the findings confirm that alternative skill sets will be the death of mainstream degrees and the traditional higher education. Technology is disrupting the job market worldwide and its unpredictability is forcing an evolution.

To be equipped for the future, people should seek training that gives them more than just an education if they are to stand out from the crowd. The skillsets enable them to easily adapt to new job demands by improving the suitability from the mainstream hiring styles. 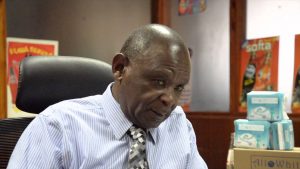 Coke Rival Softa Bows Out, Founder Turns to Food and Real Estate
The deregistration of Softa Bottling Company by the Registrar of…