Mr Sylvester Nandi, who is talented in popping, works as a cyber-cafe attendant but is hopeful of being a professional dancer. Photo / BRENDA GAMONDE

The one thing that can solve most of our problems is dancing. But these words by the ‘Godfather of Soul’ James Brown have a different meaning to a young popping dancer in Baba Dogo, Nairobi.

Sylvester Nandi started dancing the ‘popping’ style while in lower primary school. Popping dance started in the late 1960s and ’70s, and is characterized by sudden tensing and releasing of the muscles (“hitting”) to the rhythm of beats in music

His dancing would attract the attention of other pupils who would not have enough of his dance moves. He loved the attention and danced his heart out.

Back at home, the script was much similar. The neighborhood always wanted a piece of his dance, and he gave it to them generously. As he grew up, Mr Nandi saw his gift as a career to pursue. After all, we are always told to do what we love the most.

His hopes were hoisted and he envisioned himself dancing on bigger platforms alongside famous hip-hop artists in the country. To achieve this dream Mr Nandi whose stage name is Poppin Silk joined a dancing group when he went to high school, but the group soon dispersed.

During his second year in high school, Mr Nandi took the road less travelled. He dropped out of school to nurture his talent. “This was a great sacrifice fas a dancer,” he told BT in an interview. “I am always searching for a place in this country where dancing is appreciated as a professional job.”

His drastic decision shocked his peers and his parents who were not pleased. “It took sometime before they came into terms with my choice in life. One day they will fully understand where it came from,” he says.

Dancing cuts across art and sports due to its rhythmic and athletic aspects. It requires time, a lot of practice and passion to grow one’s dancing skills.

Popping – which means to quickly contract and relax muscles to create a jerking effect called a pop – is a street dance related to hip hop. It is often performed in battles, where participants try to outperform each other in front of a crowd.

In Kenya dancing alone cannot put food on the table as it attracts low income. Many dancers get paid when they perform in entertainment shows or appear in music videos. Further, to get a spot on these platforms is an uphill task due to the aggressive competition.

This is the harsh reality that met the dancer at the beginning of his career. His spirit was stronger for the challenge and Mr Nandi started researching popping dance in Kenya. “I found a dancing studio in Westlands where they were teaching hip-hop dancing. Though they taught a different kind of dancing I stuck to popping style and impressed the trainer,” says Poppin Silk.

This built his confidence and he started performing at events, whether he got paid or not. He went from stage to stage dancing his days away.

With Kenya being a conservative country, many locals associate dancing with immorality courtesy of certain dancing styles and dancing costumes.

“At some point, I needed another job to supplement the little I got from dancing,” he says. Mr Nandi took on temporary jobs at construction sites as a casual labourer. He eventually found a job at a cyber cafe in Baba Dogo.

With internet he has been learning more about popping dance and new moves from celebrated popping dancer. As he improved his moves, he got confident enough to shoot videos of his performance and upload on the internet. “My parents’ response was very positive and they are really supporting me right now. I understand that this road is not for the faint-hearted but am focused on my goal as a dancer,” says the firstborn in a family of three.

Soon afterwards, Mr Nandi met another popping dancer known as Geff Long. Finding a person sharing the same vision on dancing meant an end to the lonesome journey of Poppin Silk. “It’s really encouraging knowing that someone shares your dream. It is even more awesome when you meet them. I get to learn more, practice more and do more,” he added.

Mr Nandi hopes to share big podiums with hip hop artists and other dancers. “Currently I am working on a project with a popper from Peru called Benjy Narazas where we will be holding an event for popping dancers. However, I need to raise at least Ksh30,000 in order for the project to become a success,” he says. “I am appealing to anyone who can support my project financially to help a brother and dancer out.”

Dancing might not have solved most problems for Poppin Silk, but he is on his way to achieving his dream. 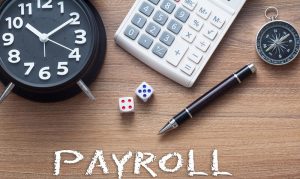