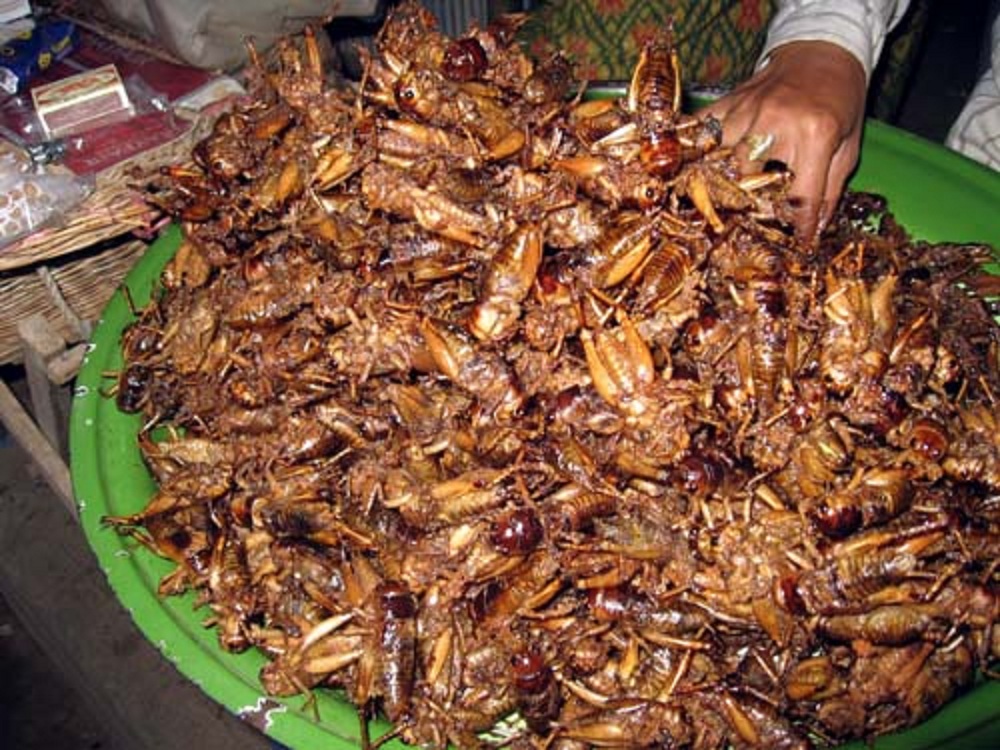 When Jane Mbiriri’s granddaughter was diagnosed with acute malnutrition six months ago, she had limited knowhow on the best remedy for the condition and only wallowed in self-pity in her humble house located in rural central Kenya.

The 62-year-old farmer was at wit’s end having no stable source of income to afford a balanced diet for the granddaughter as recommended by the physician. Mbiriri is currently raising three of her grandchildren following the demise of her only daughter one year ago.

In Mbiriri’s case, the insects, which are slowly finding their way into Kenyan recipes, have proved their worth. “At first when a friend recommended cricket flour and promised to get me some from her source in western Kenya, I almost turned down the offer since I had never heard of it,” Mbiriri told Xinhua. “But my options were limited. My dairy cows do not earn me enough to afford the kind of food these children are supposed to eat.”

She has since embraced cricket flour, which has immensely improved her granddaughter’s health, and is contemplating on rearing the insects herself. “In our last visit to the doctor one month ago, I was very happy with the results as my grandchild has now gained weight unlike previous visits,” Mbiriri said. “The cricket flour is not as expensive as other flours and now that I have established a relationship with the supplier, I get discounts from time to time,” she said.

Initially she bought the cricket flour from a farmer in western Kenya but she has now established a new source not far from her home, where cricket farming is gaining traction.

“I also plan to venture into cricket farming, which from what I see is paying more even than dairy farming as the crickets are not capital intensive,” Mbiriri said.

She belongs to a growing army of small holder farmers who have gradually embraced cricket farming.

Joseph Kairu took up cricket farming recently. The cost of establishing a basic system is about Ksh3,096 (US$30), in addition to the cost of the initial breeding colony of crickets.

To start such a colony, at least 200 crickets are required, and the colony should not be used for feeding until well established and the first babies mature into adults.

Kairu, who has a bachelor’s degree in nutrition, saw a rising demand for cricket flour as an alternative source of protein for people residing in rural areas. “I come across so many cases of malnourished children. I realized there is a need for alternative sources of protein after a recent assignment in Turkana, where for every 10 babies that I attended to, more than seven suffered from high protein-energy malnutrition,” Kairu told Xinhua.

ALSO SEE: How to choose fats that improve your health

Even though most Kenyans are still debating on whether to embrace alternative eating habits, there are those like Mbiriri and Kairu doing it and seeing the results. “There is a group of women in western Kenya who are already earning huge income from cricket farming and that is where I got some of the tips on cricket rearing,” Kairu said.

Members of the group, made of 20 farmers, rear crickets each on their own but market their products collectively.

One of their clients is a leading hotel in Kisumu. “This is where I came across the different ways in which the crickets can be prepared,” Kairu said.

According to Kairu, a kilogramme of crickets can sell for approximately Ksh516. “We are still far from embracing such alternative sources of vital nutrients, but with proper marketing and heath campaigns, I believe Kenyans will respond positively,” said Kairu.

READ: 20 things in your house that are dirtier than the toilet seat