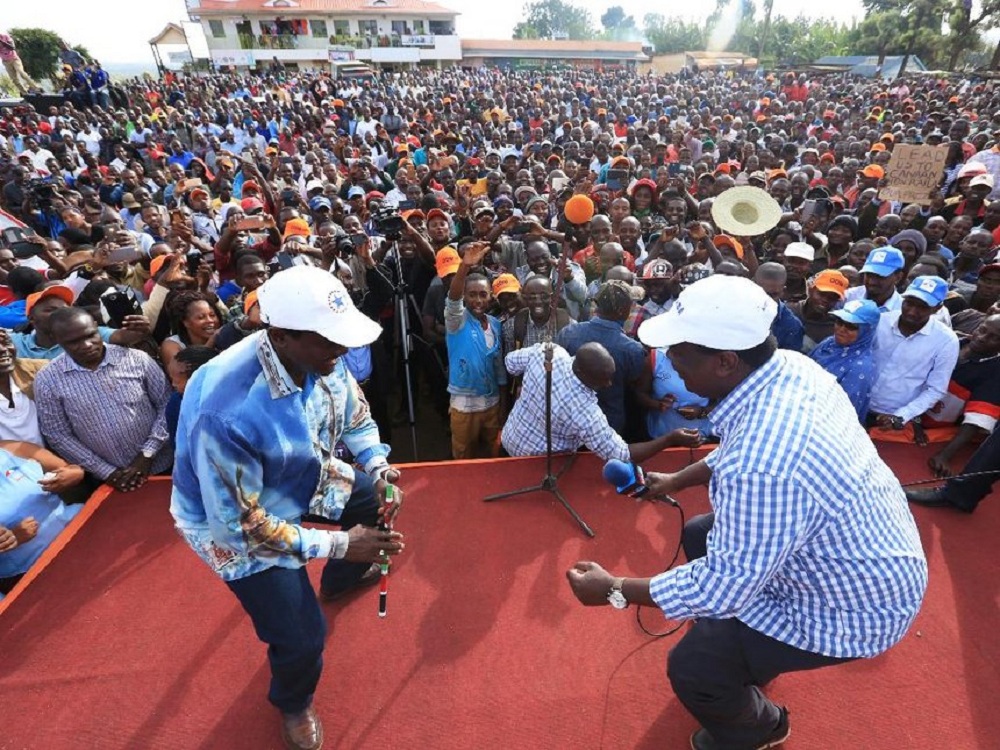 A prolonged campaign period following the order by the Supreme Court for fresh a presidential election seems to have tired many Kenyans as the date for the new election got postponed.

Many of the electorate are eager to see the campaign period end so they can move on with their lives, but a political standoff among key parties, the opposition National Super Alliance (Nasa) and the ruling Jubilee is unlikely to end soon.

Kenyan politicians have been on the campaign trail since March, and on August 8, Kenyans went to ballot to choose Members of County Assemblies, senators, woman representatives, governors, MPs and the president.

Many thought the ‘election madness’ was over until the Supreme Court nullified President Uhuru Kenyatta’s victory and ordered for fresh polls.

The electoral commission on Thursday pushed the date for the fresh presidential elections to October 26 from its earlier set date of October 17, citing the need to be fully prepared to deliver free, fair and credible elections.

“There would be no elections on Oct. 17 until the electoral commission is reformed,” he maintained.

Meanwhile, Kenyatta and his party Jubilee insisted that elections would be held as scheduled on October 17, noting that the country must move on.

Some of his supporters have threatened to swear him into office if polls delay. The talk on the streets, on radio and social media show many citizens are tired with the seemingly unending electioneering period.

“I am tired with the campaigns and I want them to end. Does it mean this politicians have nothing else to do?” posed Classic 105 breakfast show host Maina Kageni.

On the streets, frustrations about the lengthy electioneering period is evident in peoples’ talk and faces.

“I’m exhausted of the elections, I’m completely tired of them that I may never vote even if they come on October 17 or November 1,” said Antony Kioi, a cooking gas seller.

Kioi noted that the country has seemingly been on campaign for the last four years, with the blitz heightening only close to elections.

“Leaders have been holding rallies for many months that one cannot remember when the campaigns started or ended. We can not live politicking, elections must come and go,” he said.

Beatrice Mulundi, an insurance agent, said elections had even derailed her sales, as her many potential clients hoped to wait until the polls are over to consider her products.

“In fact when I hear that the new polls may not be held as scheduled, I get angrier.

“How do I earn a living if political uncertainly hangs over the country?

“For the last two months, people have simply been not taking insurance,” she lamented.

On social media, election talk is prominent but opinion is divided on the lengthy electioneering period, with some noting the country should get it right with elections for the things to go right.

“We better politic for 90 days, reform the electoral commission and elect the right people than have bad leadership for five years,” said one Twitter post under the hashtag ElectionsKenya.

On the other hand, other citizens are complaining of how politics has clouded all the other sectors of life.

“The health sector is literally on its dead bed, politics has taken over nothing is moving.

“This is frustrating,” said Sylvia Nyaboke.

Companies too are feeling the pinch, with many complaining about losses related to the lengthy elections.

Henry Wandera, an economics lecturer in Nairobi, noted that elections tend to cause fatigue as they slow down all the other sectors.

“From education to the economy and sports, nothing moves.

“Even people tend to marry less during electioneering period when tribal hatred rises,” he said.

However, he observed that while citizens may get tired, it is important that the country gets it right in the elections.

“Countries have plunged to war because of polls, so to me there is nothing alarming with what Kenya is facing now.

“The Supreme Court was right in its ruling.

“What Kenya needs to go after the next elections is to enforce electoral laws so that campaigns do not start early as it happened before the August 8 polls.”