The Independent Electoral and Boundaries Commission (IEBC) has now set October 26 as the date for the fresh presidential election ordered by the Supreme Court.

The Commission had initially slated the rerun for October 17 in a move informed by the national examinations calendar but in a brief statement Thursday, chairman Wafula Chebukati said the Court’s ruling will impact on its preparations especially with regard to the technology that would be deployed.

“The Commission continues to review the judgement and its implications on the forthcoming fresh presidential election. There is no doubt that the judgement impacts on the election operations and in particular the technology to be deployed. In order to ensure that the Commission is fully prepared to deliver an election that meets the standards set out by the Supreme Court, we wish to notify the public and all stakeholders  that the fresh presidential election shall now be held on Thursday, 26th October 2017,” said Chebukati

He added that more information will be released Friday.

In their majority ruling, Chief Justice David Maraga, Deputy Chief Justice Philemona Mwilu and Justices Smokin Wanjala and Isaac Lenaola put the IEBC on notice, saying they were prepared to invalidate the outcome of the fresh election if it fails to ensure it is free of malpractices.

“The petition before us was simple and to the point. It was obvious to us, that IEBC misunderstood it, hence its jumbled up responses and submissions. Our judgment is also simple, and in our view clear and understandable. It ought to lead IEBC to a soul-searching and to go back to the drawing board. If not, this Court, whenever called upon to adjudicate on a similar dispute will reach the same decision if the anomalies remain the same, irrespective of who the aspirants may be. Consistency and fidelity to the Constitution is a non-wavering commitment this court makes,” Justice Maraga said.

This is likely to put pressure on IEBC, which was heavily censured for failing to put in place a simple, verifiable system of transmitting election results and refusal to open its servers for scrutiny as ordered by the court.

Nasa leaders are also demanding the removal of several top officers including CEO Ezra Chiloba and vowed to sustain the pressure even though the Supreme Court absolved the agency, its commissioners and staff of any wrongdoing.

Indications that the rerun may be postponed first emerged after French firm, Morpho-Safran wrote to IEBC, saying it needs more time to reconfigure the kits to be used in transmitting results. Nasa wants the tender awarded afresh.

The Supreme Court also ordered IEBC to put in place a complementary mechanism in the event the electronic system fails. 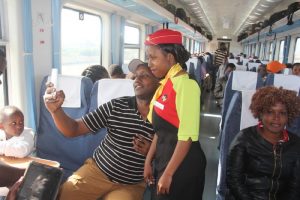