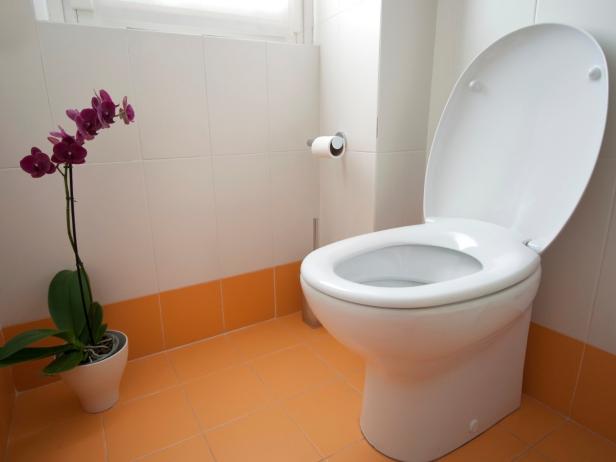 People often squeal about the horror of sitting on a toilet seat. After all, it’s where we sit to do some of the most unpleasant things humans have to do on a daily basis. There can’t be many places that are as germ-ridden as there, right? Wrong.

Science has proven conclusively that far from being the most germ-ridden place, the toilet seat is relatively clean when it is compared with other things (not least the flush, the door handle, the lock and the taps). Outside of the toilet though, there are a host of other everyday objects that are bacteria-packed horror-shows.

So which apparently innocent everyday items are harbouring more bacteria than your loo seat? Here are the filthiest things around you.

There’s something about men and beards. For many, a full, fuzzy beard is a proud show of masculinity. But some beards can really be quite gross. Microbiologist John Golobic, of Quest Diagnostics in New Mexico swabbed a number of beards to see how much bacteria was hanging about in them. The results were quite shocking. While some of the beards had a normal level of bacteria in them, some had so much faecal matter in them that they were on a par with toilets. In fact, the scientist said if there were similar samples in the water system, it would have to be shut down for disinfecting. That’s how dirty these beards were.

You may not need an excuse to not go to the gym. But if so, here’s one. A recent experiment by FitRated found that gym equipment had up to 400 times the amount of bacteria of a toilet seat. The worst was the exercise bike. Which makes awful, dread-inducing sense when you think about how many people’s sweaty bottoms come into direct contact with the seat. The treadmill had just as much, and the free-weights weren’t behind with 362 times more bacteria than a toilet seat.

Some women had their handbags tested. The celebrity’s handbag was the dirtiest by far, with a whopping four times more bacteria than a toilet seat. What horrors could be lurking in your handbag? 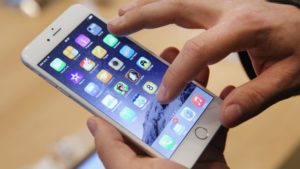 You use it in bed; you use it on the go; you use it while eating, and you definitely use it while on the toilet even though experts say you shouldn’t. No wonder it’s absolutely coated in germs. The average phone has 10 times more bacteria than a toilet seat, according to this study from the University of Arizona.

It might be the last thing you think about when you’re bossing that difficult Call of Duty level. But maybe giving your controller a good wipe down after playing is something you should consider. They have five time the amount of bacteria than a toilet seat, according to findings from Domestos and Unicef in 2013. An average toilet seat has 1,600 germs per 100cm², while an average controller was found to have 7,863 per 100cm².

READ: Four things you shouldn’t do even if it saves money

You come into contact with the taps before you wash your hands, so it’s hardly surprising that they’re likely to be teaming with bacteria. A kitchen sink is even worse, with food bacteria added to the mix. The kitchen sink can contain 100,000 times more bacteria than a bathroom or lavatory.

Just like your kitchen sink, kitchen sponges are one of the most unsuspecting germ-filled things in your house. Due to the fact that they’re porous and moist (ew!), germs and bacteria live and breed on the very sponges that you use to clean counters, dishes and utensils. In fact, sponges typically have 10 million bacteria per square inch, making them the germiest thing in your house. The kicker? Your sponge is 200,000 times dirtier than your toilet seat!

READ ALSO: Signs that you are sleeping on a bad mattress

If you’re washing underwear along with your other clothes on a cooler wash – 30 or 40 degrees – it is probably not enough to k**l the bacteria. In fact, research from 2013 suggested that an average of 0.1g of ‘faecal matter’ remained on ‘clean’ pants after a wash. Washing at 60 degrees or more is more likely to k**l bacteria, and the advice goes to keep underwear and things like tea towels apart to avoid cross c***********n. And a monthly cycle at 90 degrees can help give the machine a proper clean.

‘If you wash a load of undergarments, you transfer about 500 million E. coli bacteria to the machine,’ said author Charles Gerba, Ph.,D of the 2012 University of Arizona study.

We’re never going to freshly prepare food again. Well, not really. But we might think about cleaning chopping boards a bit more vigorously after use. A chopping board can have 200 times the number of faecal bacteria on it than a toilet seat. If you’re wondering about the culprit, then look no further than your meat.

Faecal matter from animals’ internal organs that exists on the meat transfers onto the chopping board. So when your vegetarian housemates demand a separate chopping board for their veg, they actually have a point.

The outside world is no better than your home, it turns out. Taxis are pretty germ-ridden. NetQuote.com tested how many colony-forming units (CFU) of bacteria there were per square inch in various vehicles. Taxis had 27,593 CFU, compared to toilets which had only 171.61 CFU. That’s around 160 times more bacteria in a taxi than the place where you sit to empty your bowels.

Think for just one moment how many hands your money might have been exchanged with – how many filthy, bacteria-covered hands that may or may not have been washed after the person who they belong went to the bathroom. This study found that some money can have as much bacteria as you would expect in a dirty toilet bowl. That’s right, a dirty bowl – not a clean one. And that’s IN it, not the nice clean seat above it.

Although you may not think of it, your car is actually a breeding ground for all types of dirt. Think about how often you touch something public before driving – a grocery cart, an ATM keypad, a fuel pump – and you get the picture. Toss in some occasional fast good in your car, a cough…and you’ve got an even grosser situation.

In fact, an average steering wheel may have up to 700 bacteria per square inch.

I bet you sneezed at work today and kept typing without washing your hands, or maybe you share a keyboard with your entire family, including a teenager with God-knows-what under his fingernails. Well, that God-knows-what is now smeared all over your keyboard, spreading germs and bacteria with each and every keystroke. Keyboards typically have 400 times more bacteria than your toilet seat. 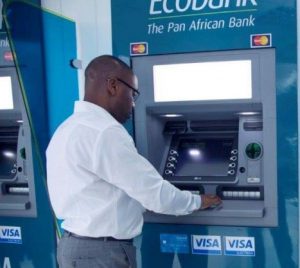 Next time you hit up the ATM, you may be getting a lot more than just cash from the machine. Each button has an average of 1,200 germs, so pop in your PIN number and you’ve already collected nearly 5,000 germs. That’s not even counting the germies in the cash itself.

It’s probably safe to assume that you don’t walk around washing the door knobs in your house on a regular basis. Combine the ones inside your house with all the door handles you touch outside your house, and you’re picking up all types of germs. The next time someone holds the door for you, thank them for saving you from all types of bacteria.

Supermarket carts fall prey to being touched by lots of hands and receiving little cleaning. Throw in the germs that may come off raw food and the likelihood that a snotty kid was chewing on that handle and you’re not likely to visit the grocery store again without some gloves.

Just as you toss your purse on the floor and reach for the bread basket while glancing at the menu at your favourite restaurant, you may want to think about how many hands have touched that menu and how often it’s cleaned. Chances are many, and not often. Would you touch the toilet and then eat a tortilla chip? We think not.

Bacteria love munching carpet. Readers Digest says the average person loses about 1.5 million skin cells every hour, and your carpet has 200,000 bacteria per square inch, meaning the ground in which you walk on is actually an all-you-can-eat buffet for bacteria. Have your carpets steam cleaned at least once a year.

Your towels are the dirtier than you think. Dr Peter Barratt, of Initial Washroom Hygiene, told MailOnline, bacteria need three elements to thrive: moisture, warmth and organic material. “Obviously, towels get wet. They also often sit in warm, moist bathrooms and washrooms, and pick up d**d skin particles during use, which provides the organic food material for microbes to live on,” he said. Wash towels at least once a week on a high temperature.

20. Ice
Ordering a drink at your favorite restaurant or bar? You may want to ask for it without the ice. Due to dirty ice makers and unsanitary storage conditions, studies have shown that ice served in restaurants often have more bacteria than toilet water. Drink up!?

So what do you think?

When you think of germs, your mind probably goes straight to the toilet…literally. It’s easy to assume that the toilet, and the bathroom in general, are the dirtiest places you frequent on a daily basis. However, that surprisingly just isn’t true.

Now, we’re not saying that you should go ahead and eat a sandwich off of your toilet seat, but there are far filthier things that you’d never s*****t. In fact, there are things you touch, carry and use every day that transport and transfer way more icky germs and bacteria than you could even imagine. Just be more watchful.

How to Choose the Right Water Tank