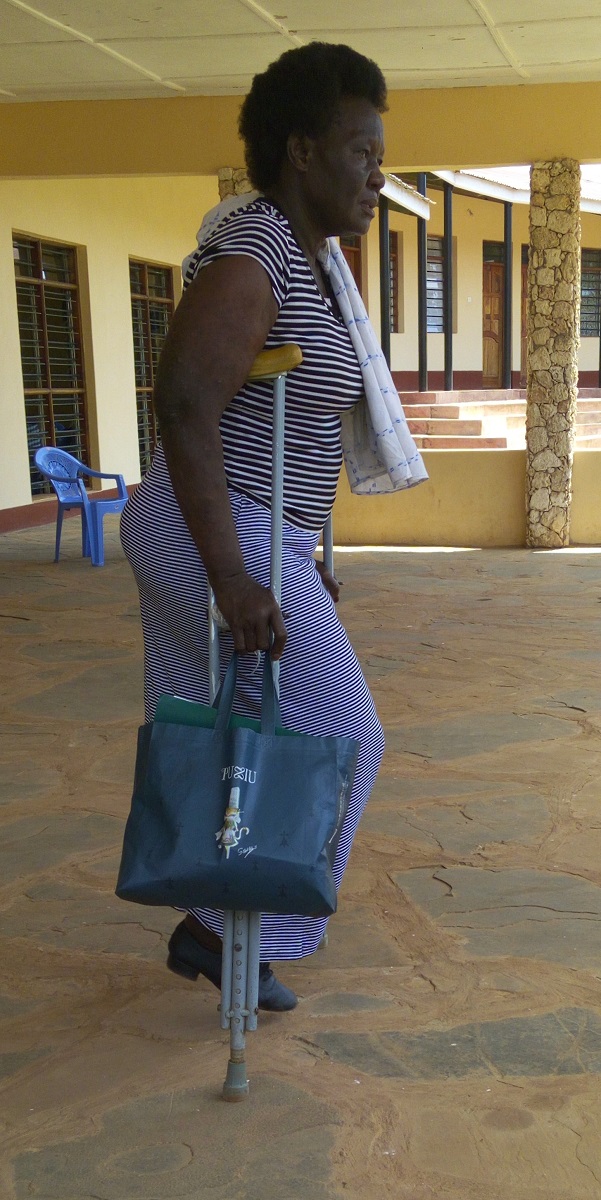 [dropcap]W[/dropcap]hen she was awarded Ksh4 million for an accident that damaged her leg, Margaret Ochieng knew part of her problems had been solved. She says she would have used the money to offset medical bills incurred and make her life better now that she had been disabled.

But her lawyer took her on a wild goose chase for years until she gave up pursuing him.  Some 18 years later, she is yet to recover the money. The businesswoman gave a moving account of how the crafty lawyer embezzled her Ksh4 million that she had been awarded by a court as damages in 1999. The road accident which left her crippled following the amputation of her left leg.

Narrating her ordeal, Ms Ochieng said she had gone through untold pain and misery on Friday at a public legal aid sensitisation meeting with stakeholders in Kwale County at the Deaf Centre in Godoni, Kwale town. She appealed to the Advocates Complaints Commission, which had organised the meeting, would come to her aid.

The commission chairman Mr Beauttah Siganga asked the public to carry out due diligence before hiring lawyers to avoid cases of being swindled by fraudsters who have infiltrated the legal profession. He revealed that 65 errant lawyers had so far been struck off the advocates roll for unprofessional conduct.

He said exercising prudence while seeking legal services would reduce the number of complaints against unscrupulous lawyers who are a disservice to the public. “As a preventative measure, the commission is advising people to engage advocates who can offer them high quality services which will see a reduction of public complaints,” said Mr Siganga.

He decried the high number of complaints against errant lawyers noting that taking precautionary measures will help the public to avoid falling prey to swindlers. He said on average the commission receives 700 complaints annually top among them withholding client money, failure by lawyers to conclusively deal with cases, and poor communication.

“We’re also encouraging lawyers to ensure they serve their clients well to curb complaints and to preserve the dignity and reputation of their profession,” he added.

He further said the purpose of visiting the counties is to educate the public on the commission’s mandate and how to access it to report cases of professional misconduct involving lawyers.

NEXT: Expert offers tips on how to avoid being mugged in Nairobi and other towns