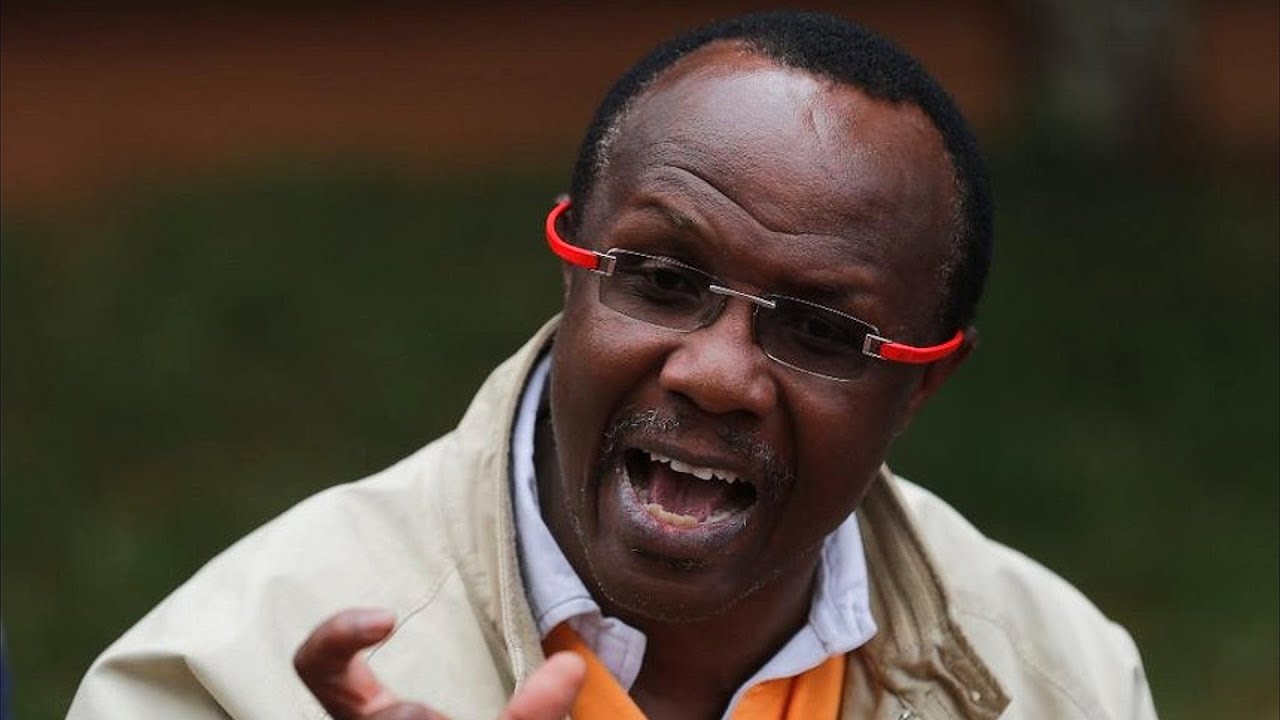 Nation Media Group has terminated the weekly column by David Ndii, the controversial economist who advocates splitting of Kenya into two countries. Mr Ndii, who is also NASA’s political and economic strategist, has been writing the column every Saturday for the last four or so years.

It is understood that the decision was communicated by Nation Editor-in-chief Tom Mshindi to the Saturday Nation editors, who were instructed to ask Ndii to stop writing his column from next week. Effectively, this week’s column will be his last in the Saturday Nation, according to insiders at Nation Centre. In the piece, Why IMF, CBK haven’t been telling Kenyans the truth about our debt, he takes on the two institutions for cooking numbers about Kenya’s economy, especially those relating to revenues, expenditure and debt.

“There is also a tautological problem,” he writes. “Our foreign currency reserves are healthy because they include the Eurobond and syndicated loan dollars. Without these, they would be precarious. Our export earnings have stagnated. The bankers are mixing up their stocks and flows. It is like taking an overdraft, putting it in a fixed deposit, and then your banker assures your creditors that they don’t have to worry about your cash flow since you have a strong liquidity position.”

An unapologetic government critic, Ndii’s exit comes a few weeks after Nation advertised positions for columnists and contributors to its various platforms and when there is the possibility of President Uhuru buying the Nation Media Group. He is also among NASA supporters whose passports have been suspended by the Government of Kenya.

It will be a major b**w for the Saturday Nation since he has been one of the most read columnists not just on Saturday but in the entire Nation newspapers stable. His critical, and often controversial, take on economic and political issues won his massive following among Kenyan readers, admirers and haters alike. The Nation is likely to lose a good chunk of this market. And if Ndii is snapped up by its rival Standard, he could as well migrate with some of the readers.

Ndii was brought on board by Dennis Galava, who took over as managing editor of the Saturday Nation in 2012. Galava was sacked early 2016 over a critical editorial he published on the poor performance of President Uhuru’s government.

Some of Ndii’s columns have raised storms and formed public discourse. The most controversial one and which threw him in the public limelight was the piece titled Kenya is a cruel marriage, it’s time we talk divorce, published on 26th March 2016, in which he argued that communities that feel under-represented in government should secede.

“After 70 years of a failed n*********t project, former Yugoslavia’s decade-long genocidal wars claimed over 140,000 lives and displaced over 4 million people. To what end?” he wrote in the column. “The country still broke up — balkanised to be specific, into six successful ethnic nations (Serbia may yet yield one or two more). They could have broken up peacefully like the S**********n. What are we waiting for, a g******e? Reke tumanwo (We’d better go our separate ways).”

Indeed, he was the boldest Kenyan to put the very sensitive issue of cessation on the table for discussion, for which he was supported and criticized in equal measure. It is still one of the most-talked about issues in Kenya’s politics.