NASA strategist David Ndii has been ordered to surrender his passport as the crackdown on the team that organised its leader Raila Odinga’s “oath taking” continued unabated.

In a letter dated 5th February 2018, Director of Immigration Services Maj Gen (Rdt) Gideon Kihalangwa directed Ndii to surrender Passport Number C051258 to his office at Nyayo House within 21 days, saying it has been suspended forthwith.

Revelations about suspension of Ndii’s passport came even as the National Police Service denied he was being investigated for the commission of a c***e.

Justice Luka Kimaru granted them bail and directed them to report to the Directorate of C******l Investigations on Wednesday.

However, police said they do not need to make an appearance since they were not under any investigation for now.

Interior Cabinet Secretary Fred Matiang’i had on Tuesday last week proscribed the National Revolutionary Movement (NRM), a loose offshot of NASA, and declared it an a***d c******l group, hours after Raila was installed as the “People’s President” at a rally at Uhuru Park, Nairobi.

Under the Prevention of Organised C****s Act, the minister has wide-ranging powers that include suspension of passports and seizure of assets of those behind such groups.

Ndii has dismissed the decision to suspend his passport, saying it was effected under a non-existent section of the law and without citing any reasons.

In December last year, Ndii was dramatically a******d from a hotel in l in Diani in Kwale County and ferried to Nairobi on incitement charges as NASA first prepared to “swear in” Raila. He was released on police bond. 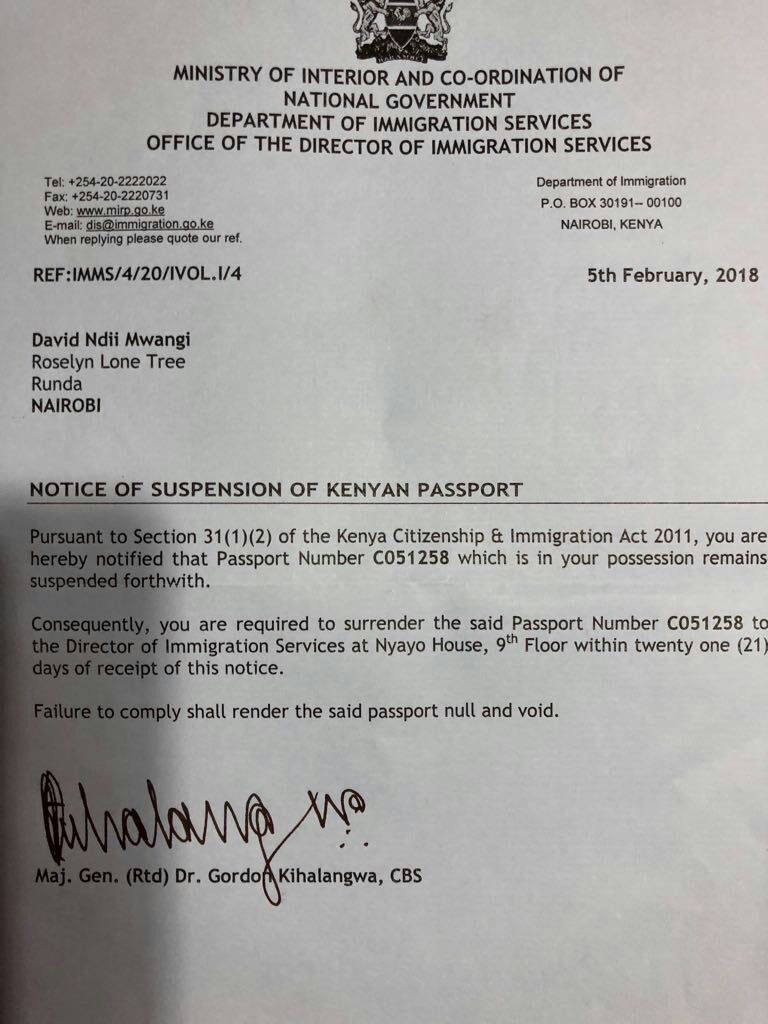