Presidents Donald Trump (US) right, and Uhuru Kenyatta left during a meeting at the White House. The US government has donated Ksh 705 million to help Kenya fight COVID-19 [Photo/WH]

President Uhuru Kenyatta on Thursday met US President Donald Trump at the White House days after the American leader extended his VISA ban to six African countries including the largest economy in the continent, Nigeria.

The meeting comes at a time the two countries are locked in negotiations to strike a free trade deal that will allow Kenya to export her products to the US duty-free.

Trump’s interest in Kenya is aggressive considering that the United States has free trade deals with 20 countries but only one of them is African- Morocco.

He has also shown little interest in bettering ties with more African countries compared to his predecessor Barrack Obama.

Uhuru’s meeting with Trump is the second in seven months.

As it stands, trade between the two countries stands at USD1 billion (Ksh100.5 billion) per year.

“Under President Trump’s leadership, we look forward to negotiating and concluding a comprehensive, high-standard agreement with Kenya that can serve as a model for additional agreements across Africa,” said Lighthizer.

At the roundtable meeting, it was also agreed that Kenya will open up its USD470 million (Ksh47.2 billion) wheat market to US farmers for the first time in over a decade.

The two countries also agreed to develop a plan to provide technical assistance and trade capacity building with the aim of maximizing Kenya’s utilization of trade benefits under the African Growth and Opportunity Act (AGOA).

Also agreed was sharing information on the best ways to develop Small and Medium Enterprises (SMEs) in both countries.

In August 2018, the two leaders failed to agree on the financing framework of the proposed 473-kilometer four-lane dual carriage highway from Nairobi to Mombasa, a project handed to American construction company Bechtel Corporation.

President Trump wanted Kenya to acquire a loan to build the Ksh300 million road, while Kenyatta proposed a Private- Public Partnership (PPP) dealing a blow to the project. US Ambassador to Kenya Kyle McCarter has been forced to come out a number of times after reports emerged that America was losing the project to China after the White House talks hit a dead end.

Shortly after President Trump’s election, various American media outlets reported that his administration was willing to tone down on criticism of human rights violations in African countries in order to boost trade with Africa.

But that plan seems dead in the water after the US extended its VISA ban to six countries including four African nations namely: Nigeria, Eritrea, Sudan and Tanzania in the past one week.

Acting Secretary of Homeland Security Chad Wolf in a press conference said that the six countries have failed to meet the standard for information on security by the United States.

“These countries, for the most part, want to be helpful but for a variety of different reasons simply failed to meet those minimum requirements that we laid out,” said Wolf.

Kenya’s Importance to the US

The US considers Kenya a very strategic ally and that partnership has been deemed even more crucial following the rise of China’s and Russian influence in Africa.

Besides America wanting to have Kenya on its side in its fierce supremacy war in China, Kenya is also important in the war against terrorism.

Kenya has been instrumental in limiting Al-Shabaab’s influence in the region and confining it to specific regions in Somalia, this is seen as very key in the fight against Al-Qaeda by the Americans. 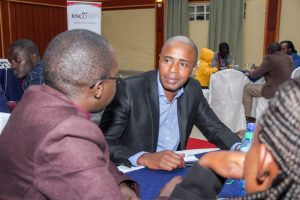