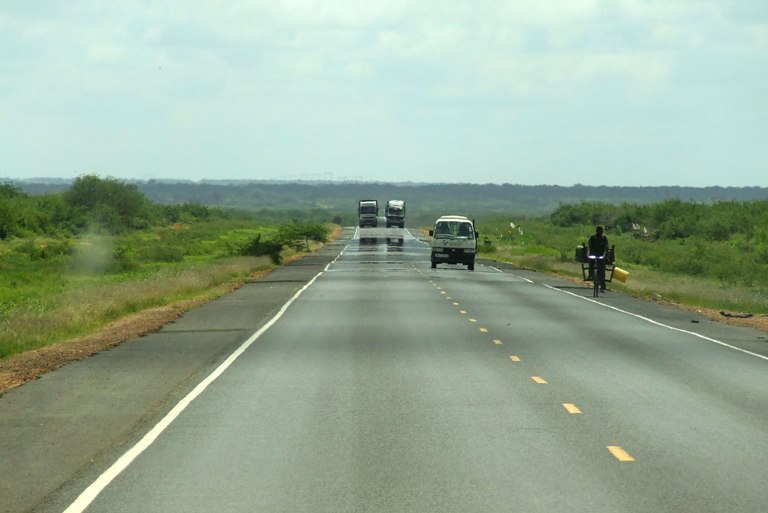 Financing of the proposed 473 kilometre four-lane dual carriage highway from Nairobi to Mombasa remains in limbo after President Uhuru Kenyatta and his American counterpart Donald Trump on Monday failed to agree on who will finance the ambitious project.

In what is appearing to be a game of hardball, the two governments agreed to undertake further consultations to conclude the terms of the financing agreement.

Kenya National Highways Authority (KENHA) had announced that Betchel Corporation, the company contracted to construct the expressway would begin works by the end of this year.

Failure by the two parties to agree on the financing framework has the potential of derailing construction plans.

Talks between Nairobi and Washington regarding the road have been ongoing since July when Treasury Cabinet Secretary Henry Rotich met Betchel representatives to thrash a deal on the financing.

“President Trump and President Kenyatta welcomed the proposal by Betchel Corporation to build a modern superhighway from Nairobi to Mombasa. Both sides agreed to undertake further consultations to conclude the terms of the financing agreement,” read a joint communique released after the bilateral talks.

Financing of the project has been the bone of contention between Nairobi and Washington with Kenya lobbying for the construction firm to source for the funds.

The Americans however have been pushing the government to acquire a loan to finance the construction of the four-lane dual carriage road.

Nairobi might be reluctant to budge to Trump’s counter-proposal given the country’s external debt surpassed the Ksh5 trillion mark in June.

Kenya’s proposal is that Betchel finances the project and recoups its money by charging a toll fee under what is referred to as a Public Private Partnership (PPP).

If the government has its way, Kenyans will pay Ksh500 billion over 25 years.

The proposed Nairobi-Mombasa highway is seen as key as it will reduce the amount of travel time taken by businessmen to and fro the port of Mombasa from ten hours to just under four hours.

The road will also complement the Standard Gauge Railway (SGR) to transform the 280-mile (450-kilometer) Nairobi-Mombasa corridor into a vibrant and continuous economic zone.

During the White House meeting, Kenya also bagged Ksh97 billion business deals that are projected to create thousands of jobs for Kenyans and Americans as well as spur economic growth.