Kenya Airways (KQ) has registered a half year loss in H1 2019 of Ksh8.6 billion, almost double what was recorded in financials for H1 2018.

Kenya Airways posted a Ksh3.9 billion loss before tax in its unaudited half year financial results released on August 29. The loss after tax goes up to Ksh4 billion.

KQ said the pre-tax loss by the flight carrier was a 30.8% improvement on the Ksh5.7 billion loss recorded during the same period last year.

The Chair of the KQ Board of Directors Michael Joseph said fuel price volatility continues to be a main challenge for the airline. “The price per barrel has been on an upward trend since the beginning of this year closing at USD 74 (Ksh740) as at 30 June 2018 representing an increase of 12% in global fuel prices.”

READ : WHO WILL FINANCE NAIROBI-MOMBASA HIGHWAY

KQ’s Board also said the airline was operating in a “highly competitive environment.”

A total of 2.3 million passengers flew with KQ during the first six months of the year, a 6.6% increase from the same period in 2017.

Recently, the airline signed a deal with Fairmont Hotels and Resorts in a bid to attract customers from the North American corridor.

On August 28, KQ will begin offering non-stop flights from Kenya to the American city of New York. 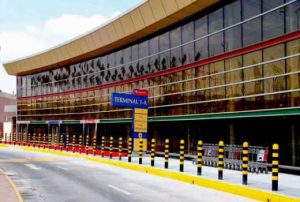