This is after the Kenya Airports Authority (KAA) secured Last Point of Departure clearance for the airport on August 29.

Speaking after the announcement, KAA MD Jonny Andersen said with the development, JKIA is poised to become the premier hub in Africa

“This is a major achievement for Kenya as JKIA becomes one of the elite African airports to be certified as a last point of departure to the United States,” said Mr. Andersen.

The direct flights access by JKIA comes in the wake of talks between President Uhuru Kenyatta and US President Donald Trump at the White House where the former witnessed signing of business deals worth Ksh24 billion.

Previously, travellers from Kenya to the United States had to transit through cities such as London, Istanbul, Dubai and Addis Ababa in lengthy flights with multi-hour layovers.

The direct flights will be a major boost to the tourism industry.

The international aviation regulator had decried failure by the Kenyan government to separate departing from arriving passengers, lack of fencing around the airport and buildings on the flight path.

In January this year, Interior Cabinet Secretary Fred Matiang’i, Transport CS James Macharia and Tourism and Wildlife CS Najib Balala made an impromptu visit to the facility at 6.00 am in the morning.

SEE ALSO: DCJ MWILU MOVES TO STOP ALL CHARGES AGAINST HER

Their inspection tour followed numerous complaints of inefficiency and harassment by immigration officials at the airport.

“Historically we have had some problems here and we came as a multi-sectoral team to see how we can improve that,” said Transport CS Macharia. 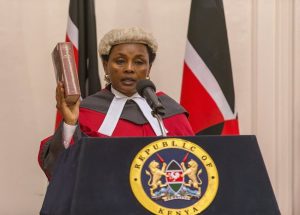