The Office of The Director of Prosecutions (ODPP) has suffered another setback in its renewed war on corruption after the High Court stopped the prosecution of Deputy Chief Justice Philomena Mwilu.

This comes as a blow to DPP Noordin Haji who has in the past lamented that the war on corruption is being derailed by “corrupt judges”.

Earlier, the Deputy Chief Justice Philomena Mwilu had moved to court to stop criminal proceedings against her.

Through lawyers Nelson Havi, John Khaminwa and Okongo Omogeni, the DCJ petitioned the Anti-Corruption court on August 29 to stop proceedings owing to her status as the second in command of Kenya’s apex court.

In his ruling,Justice Chacha Mwita said that the DCJ’s petition raises significant questions that need to be addressed.

He directed that the case be heard October 9.

DCJ Mwilu was arrested on August 28 after the Kenya Revenue Authority (KRA) officials flagged large amounts of money being transacted in accounts held at Imperial Bank which is now under receivership.

She was released on a Ksh5 million bond on Tuesday after being charged with abuse of office and forgery.

RELATED : DPP PROVES THERE ARE NO SACRED COWS IN WAR ON CORRUPTION

It is alleged the DCJ used her office as a Judge of the Court of Appeal in 2013 to unlawfully grant herself a benefit of Ksh12 million.

Lady Justice Mwilu was brought before Magistrate Lawrence Mugambi at the the Anti Corruption Court on Wednesday.

In a quick succession of events, the prosecution has also moved to have the prayers sought by the DCJ’s lawyers quashed.

Justice Chacha Mwita has ruled against the prosecution.

All cases regarding corruption are heard by the Anti Corruption Court.

On Tuesday,The Orange Democratic Movement (ODM) faulted the DCJ’s arrest saying the Office of the Director of Public Prosecutions (DPP) could be advancing a vendetta against Ms. Mwilu.

“It is to be remembered that at the height of the fight for electoral justice, the Judiciary came under sharp criticism with the Jubilee side promising to “revisit” what they called “problems” within the Judiciary following the annulment of the Presidential vote by the Supreme Court,” a statement from ODM Secretary General Edwin Sifuna read.

DCJ Mwilu was part of a six judge bench that annulled the August 8 election much to the fury of President Uhuru Kenyatta who vowed that he would “revisit” the judiciary once he was  sworn in for a second term. 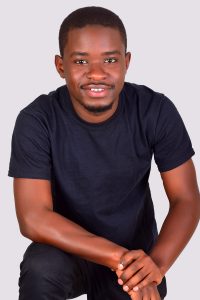