TSA’s approval letter was handed over to KQ Managing Director Sebastian Mikosz by US Ambassador Robert Godec at a ceremony at the Pride Centre – Kenya Airways, in Embakasi, Nairobi.

Kenya Airports Authority (KAA) Chairman Isaac Awuondo termed the official recognition of JKIA as acquiring a Last Point of Departure (LPD) status as a “game changer” not only within the region but across the continent.

Kenya now officialy joins South Africa, Ethiopia, Cape Verde, Ghana, and Nigeria as the only sub-Saharan African countries with direct flights to the US.

RELATED : ALL SET FOR DIRECT FLIGHTS FROM NAIROBI TO THE US

Previously, business and luxury travelers from Kenya had to stop over at other cities and countries while en route to US. This is because Kenya lacked the security clearance of ‘category 1’ from the US Federal Aviation Administration (FAA), meaning flights had to stop over at airports with the requisite clearance.

After upgrading infrastructure and complying with international safety standards, JKIA received the FAA approval in 2017. In August of this year, the airport received necessary clearance from the International Civil Aviation Organization (ICAO).

The approval from TSA, a body formed in the wake of the September 11 terrorist attacks in US, is the final hurdle cleared by JKIA. 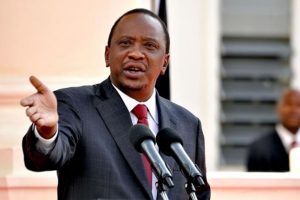 President Uhuru to justify VAT on fuel in national address
Rejecting the Finance Bill, which had proposed postponement of 16%…