Ingwe fans react to the proceedings of their previous match. Photo/Standard Media

AFC Leopards successfully elected in a new management on Sunday despite the political drama that was unfolding prior to the elections.

Former club chairman Dan Mule chose not to defend his seat at the and was replaced by Dan Shikanda. The elections which were held at the Moi International Sports Centre were termed to be largely peaceful and saw about 1000 members of the club attend.

The to-do list handed over by Mule to Shikanda is quite long and the incoming team has an uphill task of refurbishing the club. Ingwe has been struggling in the Kenya Premier League (KPL) over the past decade.

Ingwe being one of the most supported football club in Kenya has a lot of demands from fans. Currently, Ingwe fans are demanding the KPL title as some of them have never even seen the club lift a trophy. Leopards last won the league in 1998. Shikanda realizes that the fans need to see the KPL trophy get back to the den and made the promise to win it in the coming season.

Winning the KPL title, however, takes a lot than just a promise after winning some elections. The incoming has a huge task of salvaging the team’s fortunes. Management has always been the big issue ailing the club, a problem the fans won’t want to hear of again now that there is a new management team.

The new management will be under scrutiny of the fans on how they will handle specific club matters. Player transfer, for instance, will be monitored by the fans as the team surely needs to reinforce the squad. Confirming that the election was indeed free and fair, the new team will have to make signings in regards to the fans’ expectations.

Fans have been complaining that Ingwe is in sheer need of a striker as the teams’ goal conversion rate is too low. In fact, last season’s Ingwe top scorer was Whyvonne Isuzza who is not a striker but a midfielder. In a video where he was talking to fans, Ingwe Captain Robinson Kamura said that the team needs a dependable striker if it is to challenge for anything.

The management’s will always be judged on its ability to maintain a high performing coach. In the last 10 years, Ingwe has had 27 different managers with the previous management largely blamed for it. The current manager, Andre Casa Mbung’o, has shown promise and is already a fans’ favourite after getting the team from the relegation zone to finish the season 11th.

Incoming chairman Dan Shikanda promised fans that he will bring the KPL trophy to the den next season but there is much work to do before the team can challenge for the title.

[Related: In AFC Leopards’ fall, a trail of money and pride] 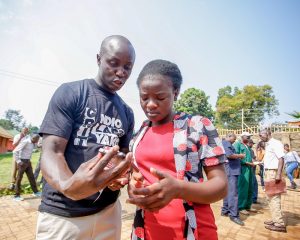