A 15 year wait to play at Africa’s premier national continental tournament ended in despair for Kenya’s Harambee Stars. The nation’s football team put on a display that was as inspiring as watching water settle in a cup.

Fingers will be pointed and words will be written. Self-examination of the men making up the squad and technical bench that are at the Africa Cup of Nations (AFCON) 2019 in Egypt must be lingering in the horizon.

It was not just the fact of the defeat, it was the manner of it that will sting Kenya’s football fans the most.

Possession was lost over and over again. Players looked nervous, as if preparations in France had not enabled them to be ready for the grand stage.

Even Kenya’s captain Victor Wanyama, who plays for a possession based Tottenham Hotspurs in England, seemed incapable of passing the ball accurately anywhere beyond ten meters. He epitomised the malaise in the squad, unable to inspire his side that in the first half was devoid of ideas.

By the time the referee pointed to the spot to award the Desert Foxes a penalty in the first half, it was not as much of a surprise. Onslaught after onslaught had seen Algeria set camp in the Harambee Stars’ half. Whenever Kenya got the ball, they were put under pressure and squeezed out, resorting to hoofing long radarless balls upfront to an isolated Michael Olunga.

STATS | Check out the full-time stats! Which team had the better overall performance? #TotalAFCON2019 #ALGKEN pic.twitter.com/oJU6srLrWo

For the second Algeria goal, the Harambee Stars defence conspired to grant freedom of space to Riyadh Mahrez yards from Patrick Matasi’s goal. The mistake was immediately punished, albeit with the ball going in off the foot of Aboud Omar.

[Read: Vitamin D supplements may not help your heart]

“Poor selection of the starting lineup. The coach it seems does not trust in the abilities of some of the players and he clearly shows it,” said John Aggrey, a Harambee Stars fan.

Algeria, firmly in the driving seat, had enough to take their foot off the pedal and see out the result.

BBC journalist Oluwashina Okeleji called it tardy and physical from Kenya. “Stars? Nah, just like a Sunday league side and disjointed. A really poor side.”

Fifteen years ago, Kenya lost its opening AFCON match by two goals, succumbing 3-1 to a Freddi Kanoute inspired Mali. But then, Kenya had put in a fight, even managing a goal by Titus Mulama, an equaliser, that was cheered on and gave a glimpse of hope.

Now, having received support from the Kenyan government and going for preparations in France, the team was expected to have no excuses. It is only one game into the tournament so far, but eyebrows will, and should be justifiably raised.

[See Also: Cytonn boss talks of what it takes to become a CEO] 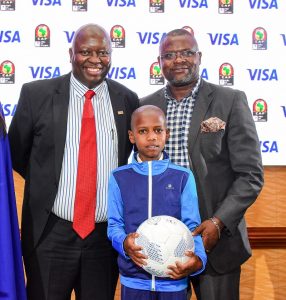