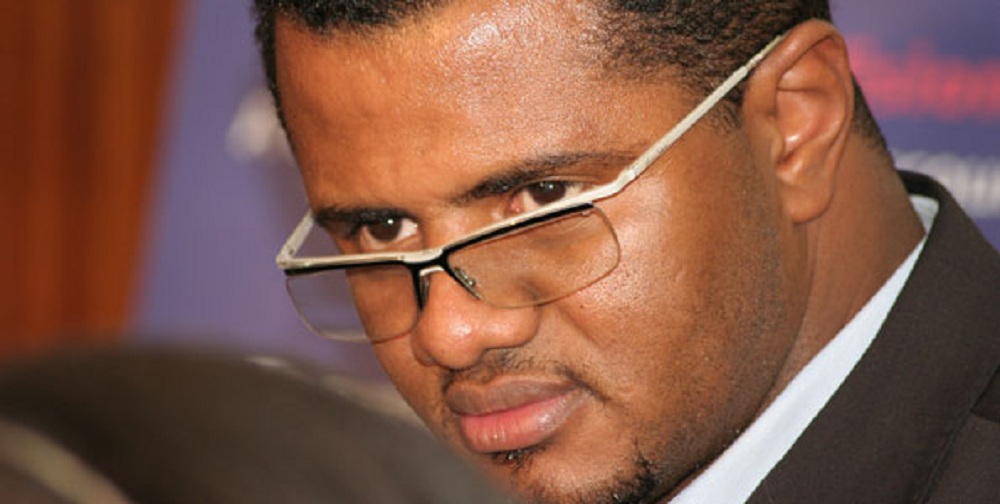 [dropcap]W[/dropcap]hen he announced recently that he was cutting ties with Wiper Party leader Kalonzo Musyoka and by extension the National Super Alliance (NASA), former Mombasa senator Hassan Omar took many by surprise. But not so for those who have followed the r*****l politician’s odyssey for long.

Omar was born in 1975 as the only child in his family His father Omar Hassan Sarai, worked with the Cargo Handling Services and later became a banker at Saudi Arabia while his mother, Aisha Abdallah Suleiman Mazrui, worked with Cadbury Schweppes as a clerk. The mother is a sister to the late Prof Ali Mazrui.

Omar, then a law student at Moi University, stormed the national stage in 1999 when he staged massive student riots demanding r*****l changes at the Eldoret-based university leading to a prolonged closure.

While other students were made to pay dearly as part of the conditions for readmission after nearly a year in the cold, Omar was expelled.

One of the raft of changes that Omar, as chairman of the Moi University Students Organisation (Muso), wanted was the change of the varsity’s name to either Kesses University (after a nearby town) or the University of Eldoret. He argued it was not proper for an institution of higher learning to be associated with a non-intellectual (read Moi).

The then President did not take it lightly and rebuked him in public at Eldoret International Airport when he landed from Uganda, saying “some young men had no respect for elders.”

Also in the student leadership at Moi University at the time include Homabay Senator Moses Kajwang, who served as Muso secretary general and Homa Bay County Assembly Speaker Samuel ‘Matata’ Ochillo, whose disappearance once caused a huge student strike.

During the time he served expulsion, Omar was constantly under the watch of state security agents, who could sometimes confront him on the streets to ask him to desist from abusing “Mzee.”

It was not until the defeat of independence party, Kanu, in 2002 by the Mwai Kibaki led Narc that he was able to go back to school to complete his Bachelor of Law degree course following a presidential order that all students expelled during the Moi days be unconditionally readmitted eventually graduating in 2004.

What many people might not know is that Omar’s non-conformist approach to politics, and life generally, did not start at the university.

After clearing from Lenana School, Omar was recruited as a cadet officer in the Kenya Airforce in 1994 but left barely a year later due to what friends say was his inability to put up with the straitjacket lifestyle expected of members of the m******y that includes following orders without question.

A staunch crusader of Muslim rights, Omar has over the years been involved in the work of organisations such as the Supreme Council of Kenya Muslims, Muslims for Human Rights and Muslim Consultative Council.

He was also part of the Muungano wa Mageuzi lobby group that was part of the champions of the calls for a return to multi-party democracy.

In 2007, President Kibaki appointed Omar, then 31 years old, as a commissioner with the Kenya National Commission on Human Rights and served as its chairman before his tenure came to an end.

He used the opportunity to take on the government on various human rights issues such as extra-judicial k******s and enforced disappearances. He was part of the team that compiled a report on the 2007/08 post-election v******e that President Uhuru Kenyatta and his deputy William Ruto claim formed part of the basis for the now-collapsed cases at the International C******l Court (ICC).

Pundits says that Omar, who quit as Wiper secretary general, has more affinity to Nasa leader Raila Odinga more that Kalonzo, regarded as a being among johnnies come-lately in the pro-reform ranks.

READ: Witty lawyers who made presidential petition a laughing matter

His was a marriage of convenience most probably informed by the fact that  Mombasa Governor Hassan Joho was quick to cement his place in the Orange Democratic Movement (ODM).

The straw that broke the camel’s back was Kalonzo’s failure to strongly champion Wiper’s interests in the August 8 elections, which saw its candidates lose even in his Kitui backyard.

Many would be keenly watching his next move, though it remains highly unlikely the football fanatic will join Jubilee ranks. But then again, a day is a very long time in politics.