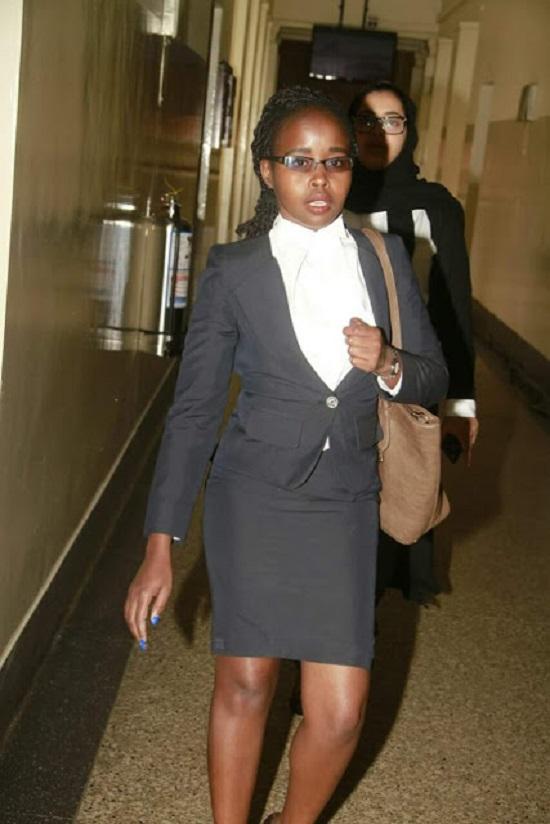 [dropcap]D[/dropcap]uring the 2013 presidential election petition filed by Raila Odinga, lawyer Kethi Kilonzo captured the imagination of Kenyans for standing out in the midst of the country’s best legal brains as she argued for the nullification of Uhuru Kenyatta’s win in that year’s election.

Kethi, then 36 years old, had the rare opportunity of sitting in the same bar with her father, Senior Counsel Mutula Kilonzo (now deceased), who was litigating the petition on behalf of the Coalition for Reforms and Democracy (Cord), which had filed the main petition.

She was, on her part, representing the African Centre for Open Governance (AfriCOG), which was also disputing Uhuru’s win and was seeking to have the victory invalidated, though the Supreme Court judges eventually ruled otherwise.

But her eloquence, confidence and diction raised the then little-known lawyer’s ratings among Kenyans and were it not for a technicality (she had not registered as a voter), she would have succeeded her father as Makueni Senator following his sudden death on April 27, 2013. Instead, her brother, Mutula Kilonzo Jnr, who is also a lawyer, stepped in and would be serving his second term after being re-elected in the August 8 elections. But that is water under the bridge.

In this year’s presidential petition, most keen observers were concerned that neither the petitioners nor the respondents had sought the services of female lawyers with all of them opting for prominent male legal personalities.

On the other hand, Raila was represented by James Orengo, Amos Wako, Otiende Amollo, Pheroze Nowrojee, Okong’o Omogeni, Norman Magaya, Paul Mwangi, Antony Oluoch and Jackson Awele. Lawyer Millie Odhiambo (MP), who was initially slated to be in the team, was tasked with overseeing the audit of IEBC’s ICT system and electoral forms placing her away from the real action.

The Independent Electoral and Boundaries Commission (IEBC), for its part, retained senior counsel Paul Muite and Eric Ngumbo to argue its case while its chairman Wafula Chebukati sought the services of PLO Lumumba and Kamau Karori.

Many were left wondering why none of the parties saw it fit to seek the services of the many able women lawyers in the country even as Kenya grapples with the gender equality matrix.

[dropcap]I[/dropcap]t was not until the last stages of President Uhuru’s legal team’s submissions that a female star emerged in Mellisa Ng’ania.

The young lawyer from Mt Elgon had been tasked with presenting to the court a Powerpoint info-graphic on the President and Jubilee’s performance in the just-ended elections to counter Raila’s argument that he and his deputy William Ruto were computer-generated leaders.

Her moment in the sunshine would have easily passed unnoticed were it not for Lady Justice Njoki Ndung’u’s intervention when she informed Ngatia that he was wrong to refer to the presentation as a video.

She advised that because the veteran lawyer is grey-haired and hence possibly not ICT conversant, he should let a younger “dot.com” member of his team to tell the court what exactly had been presented. It is then that Ng’ania confidently stepped in to tell the judges that it was actually not a video but a graphic presentation.

Kenyans immediately took to social media to congratulate her for her confidence and the fact that she was the only female lawyer to take part in the high stakes petition, which was amplified by State House Director of Digital Communications Dennis Itumbi.

Even lawyer Nicholas Havi, a fierce critic of President Uhuru, could not miss the opportunity to take credit for her performance on the big stage, revealing she had passed through his hands.

Ng’ania, in an interview with the Standard, said: ‘It was a great experience and I loved the team work and resilience.”

The lawyer says she loves what she does apart from the hectic schedule that comes with the job. Ng’ania, who works with Wairegi Gatetua and Associates, was admitted to the bar in 2011.

However, when comparing Ng’ania with Kethi, one cannot fail to see why the two’s journeys may have taken them to the same stage but through different routes.

While Kethi is a child of privilege, Ng’ania comes from a humble family of six in Mt Elgon. She hails from the Sabaot community, one of Kenya’s marginalised tribes. She is the last born.

Ms Kilonzo and Ms Ng’ania also went through different educational systems. Ng’ania attended Tororo Girls in Uganda before joining Makerere University where she later graduated with a law degree before coming back to Kenya and later enrolling at Kenya School of Law.

On the other hand, Ms Kilonzo went to the University of Nairobi for a degree in law and graduated in 2001. She is also an accountant and arbitrator.

After school, she joined her father’s legal firm, Kilonzo & Co. Advocates, becoming a partner alongside her brother, Mutula Kilonzo Jnr. Kethi also boasts of more legal experience compared to the new kid on the block.

She, for instance, sued the government in the wake of the deadly military operation in Mt And while Ng’ania is largely a greenhorn, Kethi, before the 2013 presidential election petition, had cut her teeth in the corridors of justice representing former President Moi and then ruling party Kanu, among other clients.

She is specialised in commercial law and constitutional and human rights law. Her most high profile case is probably the suit filed against the County Government of Mombasa by outdoor advertisers in 2014 after it pulled down their billboards. She represented the Outdoor Advertising Association of Kenya.

Perhaps reflecting on the journey so far traveled, Ng’ania advises the youth to choose their path wisely and do their best in the career path. “Do not shy away from networking for you never know where your luck lies,” she says.

Larry Madowo: How Kenya’s Most Successful Journalist Did It