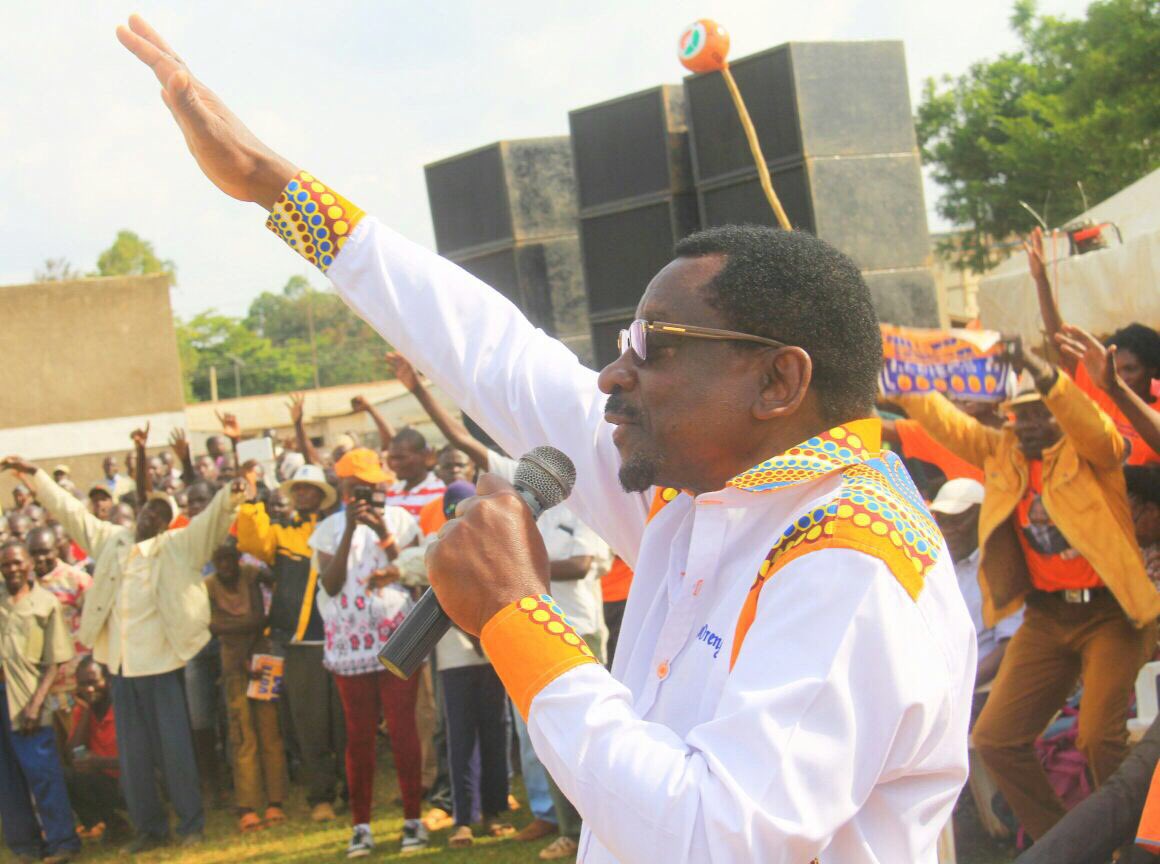 [dropcap]S[/dropcap]enior Counsel Aggrey James Bob Orengo has over the years cemented his place as the legal face of the fight for democracy and constitutionalism in Kenya.

Mr Orengo, who is leading the battery of lawyers retained by NASA leader Raila Odinga in contesting President Uhuru Kenyatta’s victory at the August 8th General Election, was among seven radical MPs who were a thorn in the flesh of Moi’s government in its early days so much so that former Attorney General Charles Njonjo referred to them as the “Seven Bearded Sisters.”

“I have lost count of the number of times I have been a guest of the State,” the Siaya Senator-elect, who was first elected MP for Ugenya in 1980, told the Daily Nation in a previous interview.

In that interview, he narrated how his entire life has been shaped by defiance, noting that he was suspended from school for all manner of reasons for resisting the authorities.

I was suspended from school for all sorts of reasons. On many occasions it was about the resistance to have my life over-regulated. I really gave prefects a hard time. Sometimes I would not wake up, saying I was sick, but would not go to the hospital insisting a rest would do.

His heroes include defiant figures such as Nelson Mandela, Martin Luther King Jnr and Mahatma Gandhi and others with the gift of the gab such as John F. Kennedy, Tom Mboya and Winston Churchill.

At the university of Nairobi, he led a rebellious group of students that agitated for various reforms, including the marking system that favoured Europeans and Asians at the Department of Architecture. His opposition to the Moi regime saw him flee the country to seek exile in Tanzania, Zimbabwe and Uganda.

He was among the Young Turks who rallied behind the push for a return of multi-party democracy in the 1980s and early 1990s that eventually saw Moi cave in and endorse the repeal of Section 2A. He was severally arrested and clobbered by police.

In 1998, he attempted to remove Moi from office by sponsoring a notice of no confidence, which, however, did not succeed. At that time, Raila, who was warming up to Moi, did not support the bid. He had fallen out with Raila over the leadership of Ford Kenya after the death of Jaramogi Oginga Odinga by siding with Kijana Wamalwa. Raila decamped to form the National Development Party.

At Jaramogi’s burial in 1994, he gave Moi a tounge-lashing describing him and his cronies as “hypocrites” who had come to shed crocodile tears after mistreating the old man.

If NASA loses the petition he still will be a winner politically as the last man who remained standing for Raila Odinga, and that could earn him a high profile in Luo politics.

In 2002, he vied for the presidency on a Social Democratic Party ticket while Raila backed Mwai Kibaki under the National Rainbow Coalition (Narc). In 1999, he attempted to stop Vice President and minister for Finance Prof George Saitoti, now deceased, from reading the budget.

Even after the return of multi-party democracy, Mr Orengo has been at the forefront of every struggle against the authorities and has taken part in every street demonstration except for when he served as minister in the Grand Coalition Government between 2008 and 2012.

He was one of the members of the Koffi-Annan led Serena mediation talks that resulted in the signing of a peace accord to end the 2007/08 post-election violence and the formation of the coalition government.

Related: For Ouko widow, a case of justice denied

In the lead-up to the birth of a new Constitution in 2010, Orengo was among key figures in the “Yes” campaign who fought to ensure a progressive document amid a strong counter-fight by conservative forces that wanted the status quo largely retained. They included now Deputy President William Ruto and former President Moi.

After Raila lost in the 2013 presidential contest, Mr Orengo was at the lead in seeking to overturn Uhuru’s victory at the Supreme Court, which was, however, controversially ruled in the President-elect’s favour.

The former Ugenya MP was at the forefront in pushing out the Isaack Hassan-led Independent Electoral and Boundaries Commission (IEBC) commissioners by launching the “Occupy IEBC” protests. He has been at hand to defend the Opposition and its leaders as well as other progressive forces on a pro bono basis every time they run into trouble with the authorities.

The current presidential petition will redefine his political career either way it goes. If NASA wins, he will be the hero of nearly half Kenyan voters who supported Raila Odinga in the just-ended election, but a ‘bad guy’ for Uhuru Kenyatta’s supporters. If NASA loses the petition he still will be a winner politically as the last man who remained standing for Raila Odinga, and that could earn him a high profile in Luo politics – and a big chance to take the mantle from the Odinga dynasty.

READ: A bling MCA with a clear vision