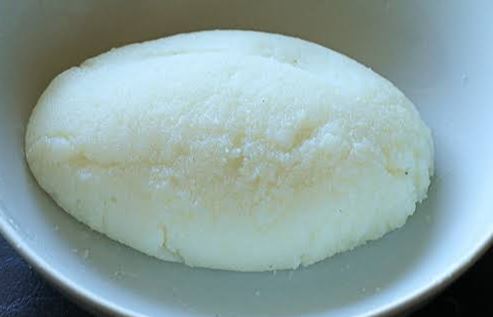 The ugali cooking machine has received negative feedback ahead of it's debut in the market. Photo/ Immaculate Bites

Ugali is Kenya’s staple meal but a large number of Kenyans cannot prepare the nutritious meal. Cooking Ugali is a highly revered skill that not many possess.

Finally, technology has come to rescue those who cannot cook ugali. This is thanks to a new machine that allows you to cook ugali without having a cooking stick (mwiko).

On Thursday, Kenyans on twitter were amazed after they had a glimpse of the new invention at work. The video of the machine at work has attracted contrasted opinions from Kenyans with many not believing the capabilities of the machine.

The video showed the machine crafting the Kenyan delicacy to create one that looks exactly like the one prepared using the mwiko. Despite the similarities between the ugali cooked with the machine and that manually cooked, the machine seems to be limited to cooking small quantities of the nutritious meal.

Gospel artist Daddy Owen was among those who acknowledged the invention but said he would not use it. Representing Western Kenya loyals, Daddy Owen said that they do not need any more inventions when it comes to ugali.

“Kudos to the creators but the biggest challenge to your marketing team is to convince us Luhya who to us that ka ugali looks like patco unless it can be rolling while I am eating the patco that was prepared” Daddy Owen commented.