It has only been a couple of days since Uasin Gishu women representative Gladys Boss Shollei was declared a single woman.

Gladys ended her troublesome marriage with former Standard Media boss Sam Shollei in January 2019. However, reports suggest that Gladys and Sam have been separated for over three years and the divorce was just making things official.

The couple’s disagreement is said to have originated from Sam Shollei’s affair with Standard Media’s Faith Ronoh. While Sam’s affair was made public, Gladys made sure her private life remained unknown to the public.

Sam went ahead to openly tie the knot with Faith Ronoh but Gladys remained single in the public’s eye.

However, a week after the divorce, photos of Gladys’ supposed new lover have surfaced online. The photos of Gladys with a white man who looks to be in his 50s have brought a new light to the Shollei marriage drama.

The couple has had instances where each one blamed the other for their marriage woes. At some point, Gladys took Sam to court saying that he had developed erratic behaviors and posed a threat to her and their 10-year-old son.

Sources suggest that at some point Gladys had bee drinking heavily possibly because of the marriage troubles. Sam is said to have walked into their matrimonial home one day to find a strange man in their bed.

According to Kahawa Tungu, Sam provided for her when she lost her job at the Judiciary and went as far as giving her an allowance every month. He also allegedly pumped millions of shillings into her campaign.

Gladys Shollei was controversially pushed out of the powerful Judicial Service Commission on allegations of corruption. She was elected as a Women Representative in Uasin Gishu County in 2017. 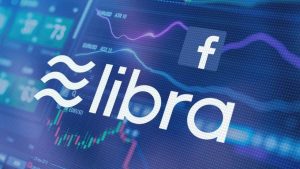