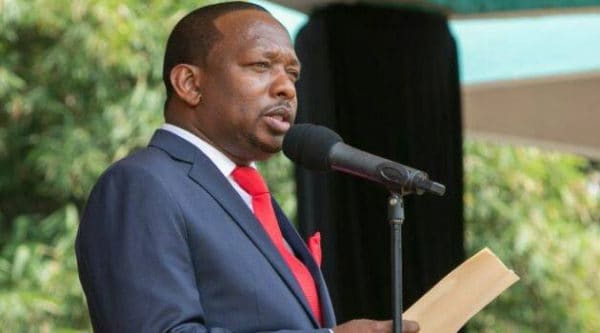 Nairobi Governor Mike Sonko has apologised to city dwellers over the move by his government to effect the matatu ban from the Central Business District (CBD).

The governor took flak from residents online for the implementation which left many of them inconvenienced but insists that the ban is necessary if order is to be restored in the city.

Critically @MikeSonko would have banned private cars from entering CBd instead of #MatatuCBDBan, allowing a private car carrying 1 person to job over a matatu carrying 60 people isn't logical at all

“I am confident that things will ease. I am sorry for any inconvenience caused but this is a phase that we must go through. Implementation of the ban is well intended,” said Sonko while appearing before the Senate Public Accounts and Investments Committee where he answered queries on a number of questions raised by the legislators.

Earlier, Nairobi Senator Johnson Sakaja moved to court over the effecting of the ban saying that it was done without proper public participation.