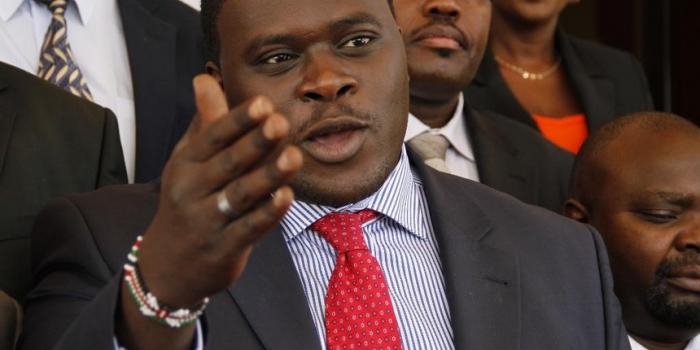 Nairobi Senator Jonhson Sakaja has moved to court to block the implementation of the ban of matatus from the Central Business District (CBD) by the county government.

Sakaja avers that the ban was enforced without proper public participation, sensitization and provision of alternatives.

The senator who has openly differed with his fellow Jubilee Party members on a number of key issues including voting on the Ruaraka Land report saga says that the move has left Nairobi commuters stranded.

“The move by Governor Mike Sonko to ban matatus from the CBD is premature, and unfair to ordinary citizens. You don’t ban matatus before providing alternatives for commuters,” Sakaja said in documents filed at the court.

CBD was a shell on Monday as matatus kept of the city square in compliance with the ban.

Residents trooping into Nairobi city from different areas had to walk into the city in droves, a stark contrast to the norm where they would alight matatus inside the CBD.

On Sunday, matatu operators had threatened to defy the ban but their plans were foiled with police manning CBD entry points leaving them with no option but to operate from the designated termini.

The Koja Bus Station, known for disorder was especially deserted with all matatus plying the Thika Road route not allowed to go past Ngara.

On November 29, the county in a notice published in local dailies announced the ban while listing the designate termini where all Public Service Vehicles (PSVs) would be required to pick and drop passengers.

Nairobi Governor Mike Sonko intimated that the move is aimed at decongesting the city which has over the years been characterised by an unruly public transport sector.

On December 1, Sonko also ordered building owners within the CBD to repaint their buildings.

“I am humbly reminding all building owners within the city to repaint their buildings and repair pedestrian walkways in front of their buildings,” Sonko said during a cleanup exercise in Mathare.

The ban has also been interpreted as part of the ongoing regeneration of the city, already a number of buildings sitting on road reserve and riparian land have been demolished.