The company will instead import tyres.

Tyre manufacturer Sameer Africa has issued a profit warning advising its shareholders and potential investors that it is set to post a 25% reduction in revenue generated this financial year compared to the same period last year.

In a notice to the Capital Markets Authority (CMA) and The Nairobi Securities Exchange (NSE), Sameer says the warning is based on the unaudited results of the company and the group’s performance upto September 30, 2018.

“The company has experienced stock shortages due to production challenges faced by some of its offshore partners,” reads the notice.

In the last financial year, the company posted a Ksh 13 million profit up from a loss of Sh652 million the previous year which would mean that the company will post a figure around the region of Ksh 9.7 million as profit.

In notes contained in the 2017 annual report, Board Chairperson Erastus Mwongera said the company has also mooted closing operations in Tanzania, Burundi and Uganda due to tough operating business environment that has seen the company make back to back losses from 2013 to 2016.

The losses posted by the company’s subsidiaries in the three countries have overshadowed the company’s good performance in Kenya.

Following the dip in revenues recorded this year, the company says it has taken the appropriate remedial measures. 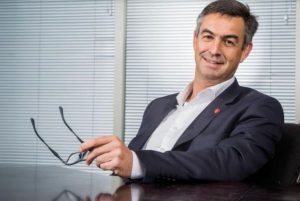