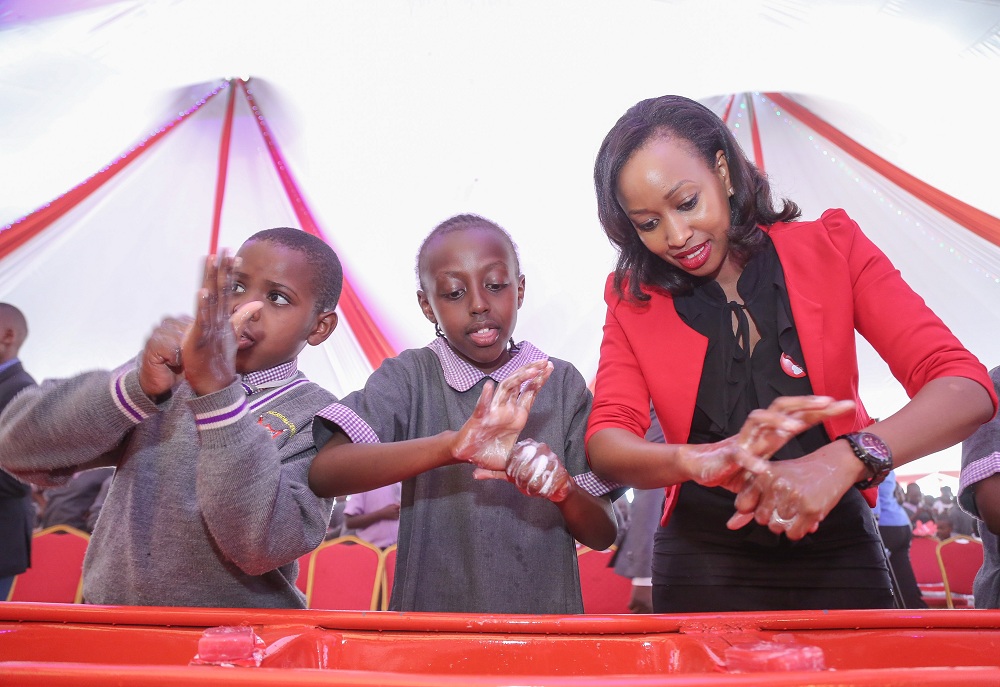 Through their soap brand Lifebuoy, Uniliver started the handwashing campaign to advocate for best handwashing practices that aim to reduce diseases among school going children in a bid to curb school absenteeism.

Hygiene related diseases, which are easily prevented through the incorporation of basic hygiene practices into our lifestyles, have been reported to be the leading cause of death among children under the age of five. Studies show that washing hands with soap is one of the most effective and inexpensive ways to prevent diseases.

“These numbers are a reflection of our society which is further highlighted by the Cholera outbreak which has unfortunately claimed lives.

“Basic hygiene practices need to be deliberately incorporated in our lives. Top of the list is the use of soap while washing hands at crucial moments such as before having a meal,” said Myriam Sidibe, Lifebuoy Hygiene and Nutrition Social Mission Director Africa, during the Global Hand Washing Day celebrations.

“At Lifebuoy, we understand the impact that handwashing can make and today we are celebrating with the world the achievements that behavior change can bring to a child’s life,” she added.

Unilever Lifebuoy initiated social programs at a global scale to address the issue of making hand washing with soap an everyday habit.  Since 2016 the School of 5 and Super School of 5 has reached more than two million and educated more than 600,000 children in an attempt to change behaviour.

Related: 20 things we use daily that are dirtier than toilet seats

“We are putting in deliberate efforts through this integrated behavioral change campaign to help reduce child mortality in Kenya. Reaching out to one child at a time encourages an ecosystem that practices basic hygiene practices thus contributing to a healthy nation,” added Sidibe.

According to the United Nations, the Global Hand Washing Day, which will be marked on Sunday, October 15, is a global advocacy day dedicated to increasing awareness and understanding the importance of handwashing with soap as an effective and inexpensive way to prevent diseases and save lives.