The National Transport and Safety Authority (NTSA) has been directed to issue a D2 stamp on a driver’s licence after the court ruled that the Authority was in breach.

Following a successful appeal by the driver, Martin Githanju Kihara, the Transport Licensing Appeals Board found that NTSA abused its privilege by denying him his right.

The court, in the ruling, said that NTSA infringed on the appellant’s right to fair administrative action when it made the decision that Kihara should go back to driving school for a Class D2 endorsement on his licence.

While ruling in favour of the driver, the court said that NTSA’s decision was not backed by any law and that it was unreasonable.

“It would be illogical for the appellant to go back to driving school yet he had the requisite driving skills and had a class A stamp on his driving licence which carried the same weight as a class D2. The decision was therefore illegal and contravened Article 47 of the Constitution of Kenya, 2010 and section 4 of the Fair Administration Act, 2015,” the ruling said.

In its entirety, Article 47 read that “Every person has the right to administrative action that is expeditious, efficient, lawful, reasonable and procedurally fair.

Sub article (2) If a right or fundamental freedom of a person has been or is likely to be adversely affected by administrative action, the person has the right to be given written reasons for the action.

(a) Provide for the review of administrative action by a court or, if appropriate, an independent and impartial tribunal; and (b) promote efficient administration.”

The ruling further stated, “The board finds the decision of the respondent authority to have been illegal, unreasonable and contrary to the right to fair administrative action of the appellant as per sections 7(2)(d)(f)(k).

The Act posits that:

(7) (2) A court or tribunal under subsection (1) may review an administrative action or decision if:

(d) the action or decision was materially influenced by an error of law;

(f) the administrator failed to take into account relevant considerations;

(k) the administrative action or decision is unreasonable.

With the NTSA having failed in executing its mandate, the court ruled that the May 20, 2019 ruling against the appellant by the respondent authority “cannot be allowed to take effect when the constitutional and statutory rules of reasonableness, legitimate expectation, consideration of relevant factors and legality have not been met.”

A category D2 licence means that the driver can ferry passengers in a minibus of  14 to 32 passenger capacity.

According to NTSA, the bus is equipped with a manual or automatic gearbox and the driver must be of minimum 25 years of age and with 3 years’ experience driving category D1 which is a van with a maximum of 14 passengers. 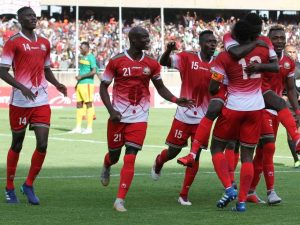