Judge gavel and scale in court. KRA has moved to the High Court to appeal the Tax Tribunal's Sh4.8 billion judgement.

Deputy President William Ruto’s 23 year old underwriter Amaco Insurance is at the tipping point and risks closure after seven Kenyans filed a petition at the High Court seeking its liquidation.

In a Kenya Gazette notice dated December 16, a local law firm has invited other claimants to join the petition seeking to wind up the Deputy President’s company.

B.W. Kamunge & Company for the petitioners does not state why its clients want Amaco wounded up in the case will be heard on January 30, 2020.

“A petition for the liquidation of the above mentioned company by the High Court was on the November 7, 2019, presented to the said court by Beth Wairimu Kahara and another and 6 others,” the Gazette notice reads.

The company was also thrust into the spotlight earlier this month when Nairobi Governor Mike Sonko was arrested over alleged theft of Ksh357 million from county coffers.

Amaco Insurance according to investigations had won the tender to insure the county government’s vehicles in a Ksh158 million deal shrouded in secrecy.

One hundred and fifty five cases were filed against Amaco with many customers citing delayed settlement as their main frustration with the insurer. 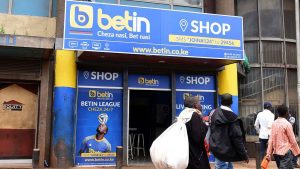 How the Casino Industry is Changing in Kenya
In July 2019, Kenya halted the licences of a number…