Turnover and bonds at the Nairobi Securities Exchange (NSE) improved markedly during the week ended August 16, despite having activity on only four days.

With August 12 having been designated a holiday so as to celebrate the Muslim festival of Eid-Ul-Adha, the bourse opened on Tuesday and managed to register a total turnover of Ksh2.66 billion by Friday.

In contrast, the NSE had traded a turnover of Ksh1.16 billion the previous week on 43 million shares. Last week, the volume of shares at the bourse inched up to 79 million.

The week’s trading was boosted by Wednesday, which reached a high of Ksh983 million, boosted largely by activity in the shares of Equity.

Equity ended the week at a total value of Ksh844 million on the back of 21 million shares traded at the NSE, ending the week as the most actively traded counter in the banking sector.

Overall, the banking sector had turnover worth Ksh981 million transacted which accounted for 36.80% of the week’s traded value. Other performers in the sector included KCB Group which moved 2 million shares valued at Ksh80 million and Barclays Bank, which saw 3.2 million shares worth Ksh34.9 million exchange hands and closed the week at a share price of Ksh10.75.

The telecommunication sector ended the week as the highest trader, with Safaricom trading 45 million shares valued at Ksh1.3 billion. This represented 49.04% of the week’s traded value.

At the market indices, the NSE performed as such on Friday;

The NSE derivatives market meanwhile had a total of four contracts valued at Ksh440,000 transacted during the week. 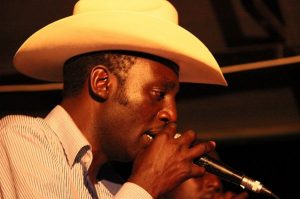