Mumias Sugar stock opened temporarily highest at the NSE, jumping 10% on May 23

As trading opened at the Nairobi Securities Exchange on May 23, Mumias Sugar sweetened its stock , temporarily shooting 10% as against the previous day’s close.

With the bourse having opened for over half an hour, the share price of the sugar makers was trading at Ksh0.33.

It remains to be seen whether the rebound will subsist for the rest of the day, as minutes later its stock dropped below the 5% mark.

Kenya Airways (KQ) meanwhile was flying high, posting Ksh3.70 as much as one hour into trading at the bourse. The increase was 8.5%.

In terms of volumes transacted, Equity Bank was quick off the blocks transacting 207,200 shares.

Safaricom stock will probably be one to watch. On the day, anticipation and uncertainty awaits following a press conference called by chief executive Bob Collymore.

Collymore is understood to be speaking at the Africa Shared Value Summit. The conference is being held at the Radisson Blu hotel in Upper Hill, Nairobi.

Already marked to be speaking at 8:45am, eyebrows have been raised following a scheduled presser for noon at the hotel. 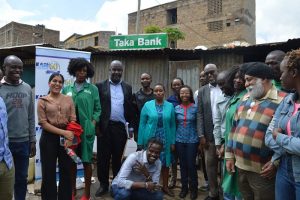