Governor Ferdinand Waititu is suspected that the governor has locked himself in his home at Kencom Sacco houses.

Ten Officials from the Ethics and Anti Corruption Commission (EACC) on Thursday raided the houses of Kiambu Governor Ferdinand Waititu in Runda and Garden Estate Nairobi. The governor is under the EACC spotlight over alleged corruption amounting Ksh 700 million in a number of his county programmes.

The officials seemingly did not find anything at Waititu’s homes in Runda and Garden Estate and have pitched camp at his home in Kiambu. It is suspected that the governor has locked himself in his home at Kencom Sacco houses.

According to reports, houses of 15 other officials of the county government are targeted in the ongoing investigations. In fact, a separate team was camping at another residence at Bellcrest Gardens on Githunguri Road in Kileleshwa. It is suspected that the posh home belongs to one of the officers targeted in the investigations that are likely to result in arrests.

The officers arrived at Waititu’s residences in Nairobi a few minutes after 5 am and started a search for files and documents. The detectives were searching for the documents in relation to alleged corruption where contracts were issued by the Outspoken governor known by many as ‘Baba Yao’.

Among the scandals the governor is suspected to be involved in is the Kaa Sober campaign, which was aimed at rehabilitating alcoholics. Mr Waititu has also been questioned over his recent property acquisitions, including that of a building located within Nairobi’s central business district.

Read: Is Safaricom CEO Bob Collymore up to something?

His supporters claim that the investigations are politically influenced. He says he has worked hard to acquire his property. 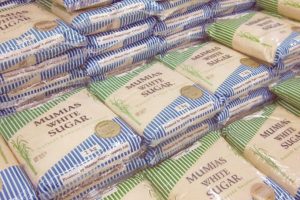 NSE May 23: Mumias Sugar sweetens stock, opens +10%
As trading opened at the Nairobi Securities Exchange on May…